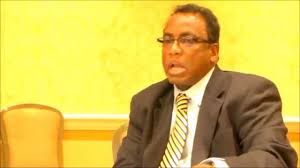 According to highly reliable sources are reporting that the Somalian Federal Gov has been angered by Somaliland president visit to Guinea-Conakry. It is reported that Villa Somalia has sent its EU and Belgium ambassador, Mr. Ali Said Faqi to Senegal in West Africa in order to block Somaliland’s push for recognition within the African countries. Somaliland president, Musa Bihi Abdi, leading a high powered ministerial delegation have embarked on state visit to Guinea after having received a formal invitation from its leader, Alpha Conde. Villa Somalia is doing all it can to undermine Somaliland’s efforts to push its recognition quest diplomatically. It was a couple of days ago when Somaliland FM met with Kenyan permanent secretary at the foreign ministry, Mr. Peter Macharia who called Somaliland a country. The tweet from Kenyan FM worsened the deteriorating bilateral ties between Somalia and Kenya which are engaged in territorial dispute. Somalia summoned Kenyan ambassador to Somalia, Lucas Tumba and protested against the engagement with Somaliland while referring to a country which has irked Villa Somalia officials.