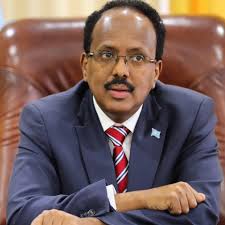 In what signaled a running out of patience as the country heads for an election without concrete commitments from the two levels of government, the US has urged President Mohamed Farmaajo to ‘urgently’ convene a meeting with Federal Member State leaders.

The US embassy in Somalia Tuesday said there was a need for the two levels to meet to address issues of concern as the country heads to an election in the midst of COVID-19 pandemic.

“The US embassy in Somalia calls on the Villa Somalia to convene a meeting w/ all FMS leaders, as required by the Somali Constitution,” a tweet from the embassy Tuesday evening noted. “FGS–FMS engagement and cooperation is urgently needed to resolve political divisions, implementation of debt relief, & COVID response.”

Parliamentary elections are slated for October this year while a new president is set to be elected in February 2021. So far, however, there is no direct public engagement between Mogadishu and Federal Member States.

The National Independent Electoral Commission is yet to announce election dates and neither has parliament dispensed with contentious issues in the Elections Act.

The last time the President and FMS leaders met was during the National Security Council meeting June 2018 in Baidoa. Poor relations between the two levels of government have since made it difficult for them to meet.

Opposition leaders incuding for mer Presidents Hassan Sheikh Mohamud and his predecessor Sheikh Sharif Ahmed have both called on the President to engage the FMS leaders  as the country heads to the elections.