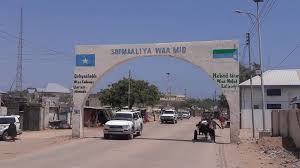 At least one civilian was killed and 11 others were injured in a hand grenade attack at a busy market in Somalia’s port city of Kismayo on Tuesday night, a local resident said.

The local resident who declined to be named told that unknown assailants hurled a hand grenade outside a restaurant at Golole Market area and fled the scene after launching the attack.

At the time of the attack, there were police around the area who immediately opened fire in response to the attack though the gunfire did not cause casualties. Said the local resident.

The wounded were rushed to Kismayo hospital for medical treatment. He added.

In the aftermath of the bomb attack, security forces sealed off the scene of the explosion and launched an investigation into the incident, though no arrests have been made.

The attack in Kismayo, about 485 kilometers south of Mogadishu, comes amid ongoing military operations against Al-Shabaab in the lower Juba region by Jubbaland regional forces and their allied AMISOM troops.

The port town once served as a major stronghold for al-Shabab fighters.