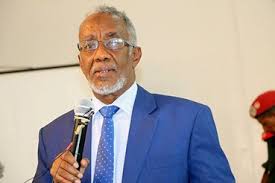 The Republic of Somaliland regrets the statements made by the Somali Foreign Minister, which included attempts by Somalia to distort the distinguished brotherly relations between the Somaliland Republic and the sisterly United Arab Emirates.

Somalia which is a failed country has tried hard to be a stumbling block while at the same time politicizing development projects and investment projects that the United Arab Emirates is carrying out in Somaliland, which cannot be successful, and we note that such acts will increase the level of hostility and hatred between Somaliland and Somalia.

The Somaliland Republic is an independent republic and there are no relations between it and Somalia at the present time be it agreement or discussions between them as long as the administration in Mogadishu is not responsible and at the same time not serious in entering in constructive talks with Somaliland to disengage them.