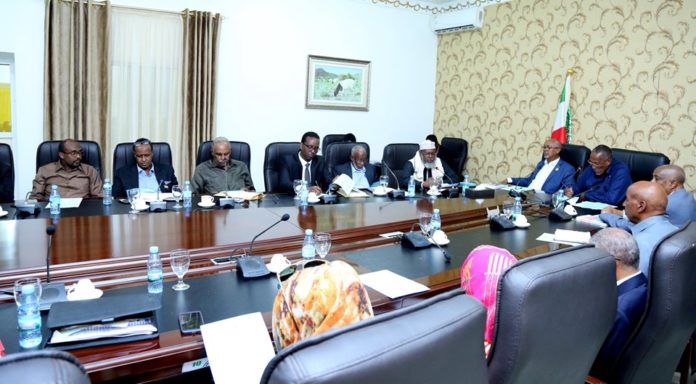 HARGEISA–Somaliland government has called ambassadors, envoys from world countries int’l agencies and organizations operating in Somaliland to respect Somaliland’s statehood.
The gov’t has once again repeated its declaration that world countries, and agencies in the country must treat Somaliland as a state that is not part and parcel of Somalia.
This was disclosed during Thursday’s ministerial meeting in which President Musa Bihi Abdi has presided over at the presidency.
According to  a statement from the presidency, it has clearly stated that a project where Somaliland government has not entered into agreement will not be carried out.
The statement added that no one is authorized to do so unless it has the go ahead and green light from institutions in Somaliland.
The council of ministers once again repeated its declaration which stipulates that countries around the globe and agencies operating in Somaliland must treat her as an independent state that has nothing to do with Somalia.
The council of ministers have called on the int’l community to honor Somaliland’s statehood.
The press statement further stated that they must operate in compliance with Somaliland laws and must not violate its territorial integrity and borders be it sea,land and air.
All written documents of projects that the int’l agencies are implementing in Somaliland must use the name, map, emblem and flag of the state of Somaliland.
Somaliland has banned the implementation of projects whereby Somaliland has not signed.
The council of ministers have passed the national investment policy after they have held a debate on the policy.
A draft on the national investment policy handed out to the ministers.