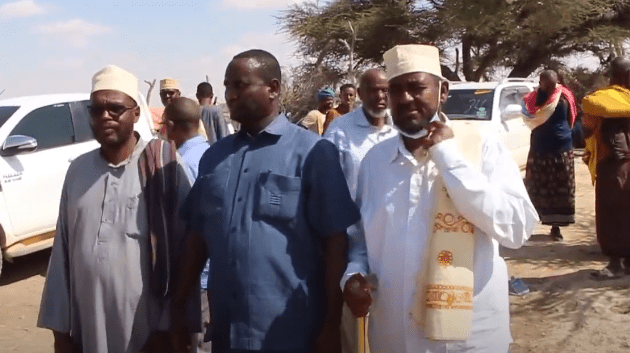 Sool’s provincial governor, Abdikani Mohmud together with some of the regional authority have paid a visit to Dhabar Dalol town where inter-clan skirmishes erupted recently.

The provincial governor held a meeting with some of the traditional elders of the waring sides and urged them to keep peace as well as refraining from further actions of instigating insecurity in the region.

He noted that the government has lost patience with the waring clans. He warned individuals involved the incitement of the recurrent inter-clan clashes in the province.

It is reported that the situation is under control and the clashes areas are now calm after the SL government deployed troops to dispel the two waring clans.

SL President H.E Musa Bihi Abdi has previously called for peace and stressed that the government will take the necessary action to restore peace in the region.

This is not the first time these clans have fought. They had similar clashes last year which claimed the lives of dozens of people.