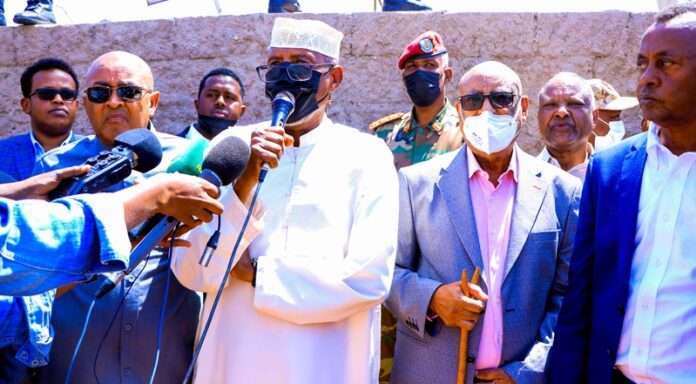 Somaliland’s Grand Sultan Mohmed Sultan Abdikadir passed away in the capital on Friday and ultimately was liad to rest on Saturday.

The government of Somaliland as well as the family of the late Sultan did not disclose the cause of his death.

Thousands of people incuding gov’t officials and political parties have attended the funeral to bid a farewell for the last moment to see his body.

Most of the political and traditional leaders have extended condolences to the bereaved family and the Somali community for the unexpected departure of the demise of Sultan Mohmed.

Somalia’s outgoing president Mohmed Abdilahi Farmajo characterized him as a key figure that will be missed and revered by Somali traditional community.

Sultan Mohmed Sultan Abdikadir was coronated as traditional chief in 1975 and has been in the helm for the past 46 years until his demise.

He is also remembered as SL’s peace and reconciliation conferences.

These commenced in 1991 when Somali National Movement (SNM) announced SL independence at a grand conference in Buroa which brought together all Somaliland’s traditional leaders.

Sultan Mohmed will be revered for his role when it comes the inter clan skirmishes that impacted in Berbera, Hargeisa and Buroa and found a lasting peace among the warring parties.

Lastly, Ut Sultan Mohmed Sultan Abdikadir was chosen as the successor of his late father.

He is the eldest son of the late Sultan Mohmed. 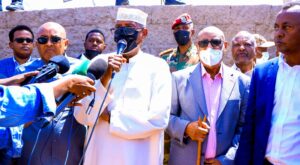 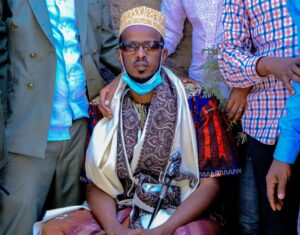