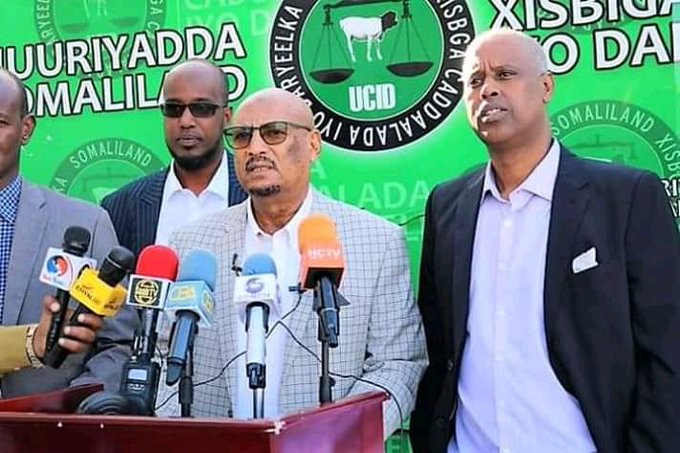 The leader of SL’s Justice and Welfare party, UCID, Faisal Ali Warabe has today accused the president of treason.

In a press conference at his party headquarters, UCID chairman, Faisal Ali Warabe said the president has sold out the country in an exchange for aid money from the international community. Faisal Ali Warabe explained that the int’l partners offer SL 30 percent of aid allocated to Somalia in exchange for a meeting with president of Somalia in Djibouti.

He argued that president Bihi would not have gotten away with a such a move if they were elected officials in office.

The leader of UCID party made the revelations in a joint press conference with the chairman of Wadani party, Abdirahman Mohamed Abdilahi Irro.

The two parties called for snub presidential polls in response to president Bihi’s bid to abolish the political parties prior to the two years of their mandate.