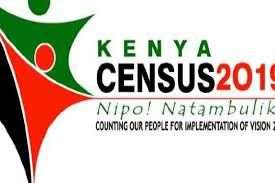 The 2019 Kenyan population census results released yesterday showed that the big five tribes- the Kikuyu, Luyha, Kalenjin, Luo and Kamba have maintained their dominating grip on the rest of the country.

However, the Somali community long marginalized is gearing to join the small  clan of big ethnicity.

Somalis are now the 6th largest ethnic tribe in Kenya with a population of 2.7 million, the newly released second part of the 2019 population and housing report indicate.

Out of the three counties predominantly home to Somalis, Mandera has the highest population of 8, 67 457 people. Followed by Garissa and Wajir comes last with 7, 81,263 people.

The report also shows that Somalis have the highest fertility rates with Mandera topping the list with the highest household population of 6.9.

The Kikuyu community has the highest population of 8.15 billion followed by Luyha, Kalenjin, Luo and Kamba.

Politicians from the North Eastern region in Kenya have in the recent past rejected the numbers noted the population of Somalis and has significantly risen in the last ten years.

The population distribution will be used to among other things determine the allocation of resources under the national budget.

Of concern among politicians is the possibility of merger constituents who population falls behind the thresh hold.

According to regulation, the population constituency should be a minimum of 17000 people.

the 2019 population and census results released on November the 4, showed that the Kenyan population has grown to 47.6 million with whom marginally outnumbered men.