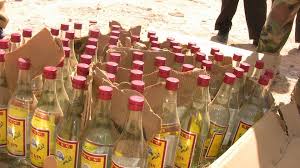 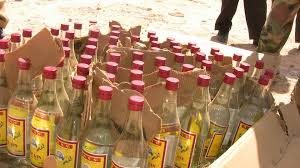 The irony is that the alcohol seized by police expired in July 2018. Police in Burao also nabbed two alcohol dealers with 341 liters who also sentenced to 3 years imprisonment and a fine of 3 million shillings according to regional court. Police seized a vehicle carrying of 522 liters of illegal alcohol which when combined to the alcohol confiscated to around 10,94 liters. Illegal alcohol imported from Ethiopia, Somaliland’s neighboring country poses a serious health hazard to citizens. Residents in Burao have cried foul of the rise in illegal alcohol imports from Ethiopia which is on the increase. The consumption of alcohol is prohibited in Somaliland as the country is predominately Muslin country. Khat which is also imported from Ethiopia is spent millions of shillings which is widely consumed in Somaliland and has health related problems to the nation.