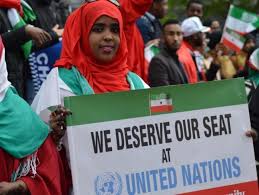 The U.S.-based independent think tank Stratfor has ranked Artsakh among de facto independent countries in its latest study covering recognized states, states with partial recognition or no recognition at all.

“One of the most basic questions for map-lovers is, “How many countries are there in the world?” But anyone who just gives you a number isn’t telling the whole truth. It actually depends a lot on how you define a ‘country’,” Stratfor says in the report published on Monday.

The study cites the United Nations’ figures, according to which there are a total of 195 sovereign states in the world, of which 193 are the organization’s member states, while the two other countries, Vatican City and Palestine, have the status of observer states.

“The three places most often considered de facto independent countries despite having no recognition from U.N. members are Artsakh (Nagorno-Karabakh), Transnistria and Somaliland. And since 2014 there have been three more contenders for the list, questionable because they’re located in active war zones and have only limited government structures: The so-called “Islamic State” is almost out of the running now that it’s lost most of its territory in Syria and Iraq, but the Donetsk People’s Republic and the Lugansk People’s Republic, which claim independence from Ukraine, don’t seem to be going anywhere,” reads the report.