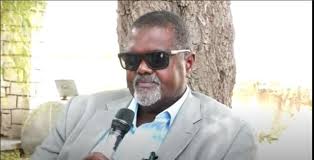 Somaliland security forces clashed with gunmen in Borama. Casualties had been reported including the death of police officer.  The regional authorities found that they arrested four of the gunmen. At least one Somaliland police officer had been confirmed dead and three others wounded. The gunfire broke out between police officers and gunmen on Wednesday at the Sheylaha mountain in Borama. SL authority confirmed that four gunmen were under arrest whereby one soldier was wounded in the confrontations. It was reported that the confrontation broke out following land dispute. The regional Awdal governor, Ahmed Timbaro said the security forces informed them that gunmen had gathered in the outskirts of the town. He said: ” on the 16th of Sept., we were informed that gunmen gathered on the vicinity of the city. The police went there to secure the place but the gunmen begun firing at the police. One police officer was killed while 2 others were seriously wounded.” The regional authority visited Borama General hospital to inspect the health situation of the police officers that were wounded in the clashes.