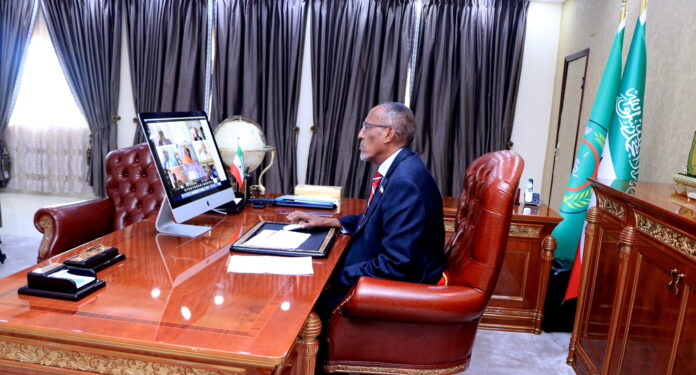 The Public Works Ministry is spearheading gallant efforts to launch a new initiative which will support civil servants with decent and safe housing project.

The minister, Honorable Abdirashid Qambi made the above remarks during cabinet meeting which was done virtually on Thursday.

Abdirashid made an in depth explanation of the plan and the design that the civil servants housing project would look like.

The minister has disclosed that the ministry of public has secured the plot of land that housing project will be constructed.

The interior minister has also briefed the cabinet on the current state of security in the country.

The cabinet unanimously passed Fixed Asset Policy which was coined by the finance ministry.

The cabinet held its meeting on Thursday in Hargeisa under the chairmanship of incumbent president Musa Bihi with the attendance of Deputy President Abdirahman Sayli.