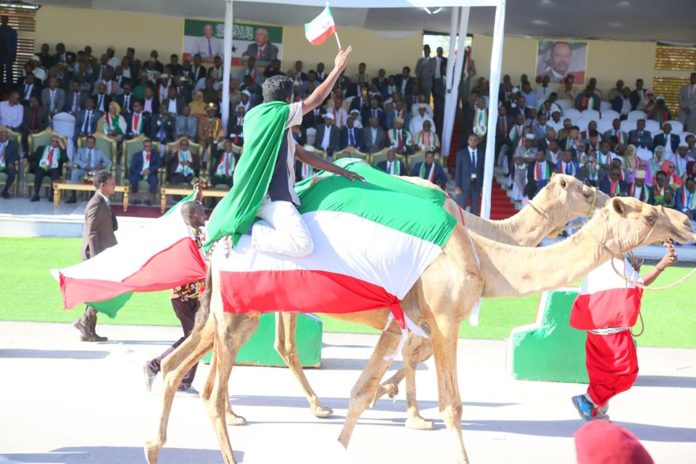 Somaliland is celebrating 28 years of breakaway from Somalia since it broke away from the rest of Somalia. For those 28 years, it has been struggling to gain recognition from the international community. In spite of remaining stable, no single country has offered to recognise the self-declared region in the Horn of Africa.

Lack of recognition has not stopped this country, of over 4 million people, from celebrating its independence. Every May 18th, its people take to the streets to celebrate freedom from Somalia which it left in 1991 when clan militias toppled President Siyad Barre.

Somaliland was not always yearning for independence; it was an independent nation for five days in the 1960s after it gained independence from Britain before it chose to join southern Somalia and become a united country.

A delegation from Uganda’s parliamentary committee on Foreign Affairs is in Somaliland. The committee’s chairman, Hood Katuramu, said it is time his country and the African Union recognise Somaliland.

“If we are talking about Pan-Africanism, which Uganda prides itself to be leader in this push, I think time is ripe for us to recognise and start working with Somaliland,” Katuramu said in Hargeisa.

Unlike countries in the eastern Africa region, Somaliland boasts that it is a ‘democratic powerhouse.’ It has held successful presidential elections since 2003, where the candidates have accepted the results of the election and congratulated the winner.

Last year, it held a presidential election. Although the ruling party won that election, the incumbent President Mohamud Silanyo did not contest to seek a second term in office, although the constitution allows him to do so, a rare in Africa. And in 2010, the incumbent president, Riyale Kahin conceded defeat and handed over power to the opposition candidate.

Somalia is still struggling to stabilise the country and the president is elected by members of parliament who were selected by clan elders.

Although Somaliland faces several challenges caused by lack of international support, it qualifies for loans from international agencies like the World Bank and the International Monetary Fund for infrastructural development. However, its battered economy heavily relies on diaspora remittances and livestock export to the Gulf. Unemployment is so rampant among its youth that some of them risk their lives crossing the Mediterranean, trying to reach Europe for a better life.

Through its pursuit of nationhood, the self-declared region has curtailed freedom of expression. Since its establishment, Somaliland has jailed dozens of journalists and artists, accusing them of advocating for the unity between itself and Somalia.

There have been several attempts by foreign nations to reconcile Somaliland with Somalia, for the former to rejoin the latter. But talks have stalled since President Mohamed Farmajo of Somalia was elected in February 2017.

Somaliland is also engaged in a border dispute with Puntland, which is a federal member state of Somalia, in the Sool and Sanaag regions.

Analysts believe lack of engagement could lead to a deterioration between the two.

“Two years have gone by without meaningful dialogue between Hargeisa and Mogadishu. Tensions continue to rise. A military standoff in the Sool and Sanaag regions risks developing into a shooting war between Somalia and Somaliland,” Rashid Abdi, a Horn of Africa analyst and a former Crisis Group researcher told 7Dnews.

“It is imperative for the two to engage in dialogue. An amicable settlement will have huge benefits. It will help stabilise northern Somalia. Somaliland’s military and intelligence machinery can be harnessed in the struggle to defeat al-Shabab in southern Somalia,” Abdi said.