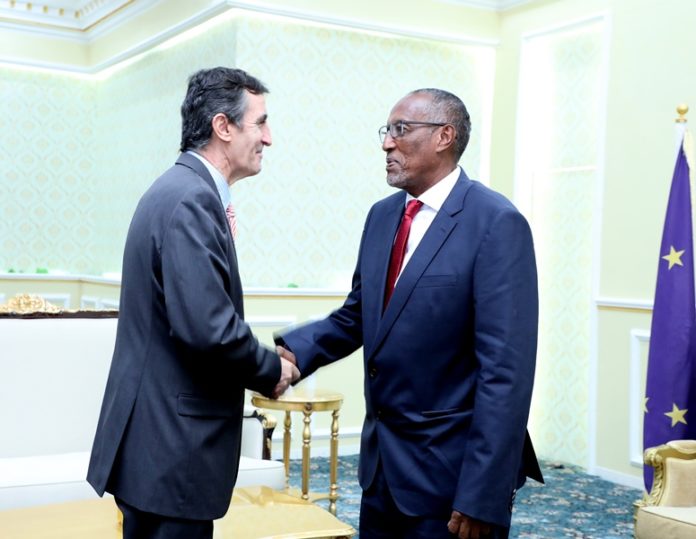 A delegation from the Int’l Community- which supports the flourishing of Somaliland democracy, headed up by EU envoy to Somalia, Nicolas Berlanga, held talks with President Musa Bihi on THursday, December, 19.

The two sides discussed number of issues ranging from the holding of parliament and local council election in Somaliland, resolving the current Election Commission impasse, the role of the int’l partners in taking a lion’s share in regard to the polls, and the increment of funds allocated for the polls.
The President reiterated his commitment to hold pols once the political parties reach a common ground on the elections technically and in regard to the laws of the country.
The president has noted that the request of an invitation to meet with the two opposition leaders has not been canceled.
The deputy president, the speakers of the parliament chambers, their deputies, the minister for finance, deputy foreign minister, presidential advisers on economy and the one in charge of election affairs were flanked with president Musa Bihi.
EU envoy to Somalia, Berlanga was accompanied by Italian ambassador Alberta Vecchi, German ambassador, Annett Guenther and officials from Poland, IGAD, Denmark, Finland, Netherlands and Austria.