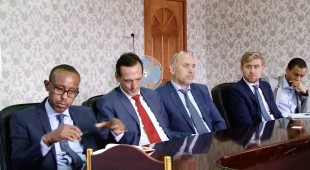 HARGEISA– The minister in charge of national planning yesterday received a high level delegation from the Netherlands and Food Agriculture Organization (FAO).