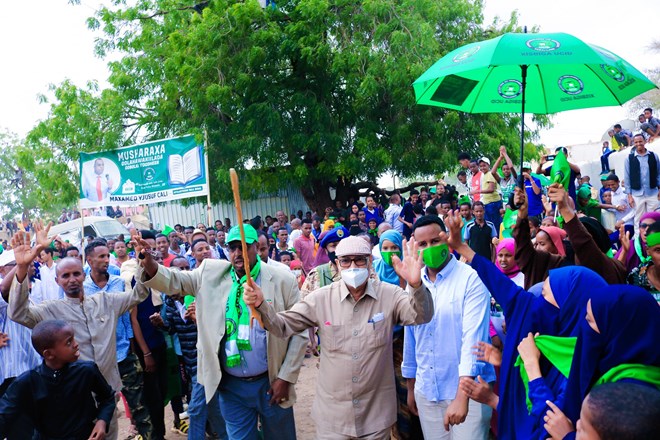 Somaliland has kicked off national election campaign for the local council and parliament candidates. Justice & Welfare political party-UCID, has launched the campaign which is due to last a period of six days. While it is the first day of campaign elections, UCID party campaign team decided to hold rallies in the eastern provinces of Somaliland where its supporters have assembled in freedom parks. The chair of Justice & Welfare party, Eng. Faisal Ali Warabe has called on the supporters to vote for their candidates of his political party. He reiterated the importance of electing competent candidates for the local council and parliament candidates. He blamed Kulmiye party and its leadership for failing to accomplish the responsibilities in public office and called for its replacement. He said that it is the right time to elect young leaders who are capable of enforcing laws and held government accountable.