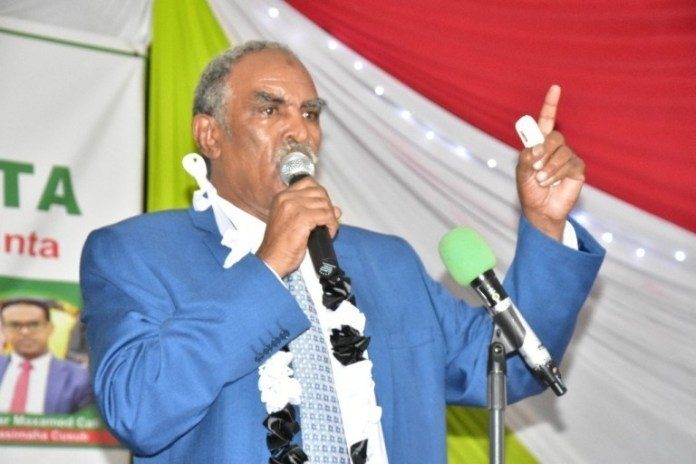 The Gov of Somaliland is sending an appeal to all Somali people residing in the Horn of Africa particularly in the Somali speaking territory to embark on well coordinated efforts to convince the Somalia Federal Gov to recognize Somaliland’s statehood after the dreams of greater Somalia which was meant to bring Somaliland and Somalia under the umbrella of greater Somalia is dead and buried.

The minister of information of Somaliland, Hon. Mohamed Muse Derie made the remarks in a press conference held yesterday at his office. The Info Minister called on Somalia to set its house in order and start a reconciliation process within themselves and further urged to bring the South Somalia under one gov rather than letting their land to be ruled by regional leaders. The gist of the minister’s speech was that Somaliland took the wrong decision to somehow open talks with Somalia while their territory disintegrated into regional states. The information minister has also said that a statement from Somalia’s independent election commission chair saying that 2020 Somalia polls will also take place in Somaliland. The minister responded by saying that she was day dreaming. Somaliland recaptured its lost Independence from Somalia in 1991 following the ousting of its deceased brutal dictator Said Bare from power.