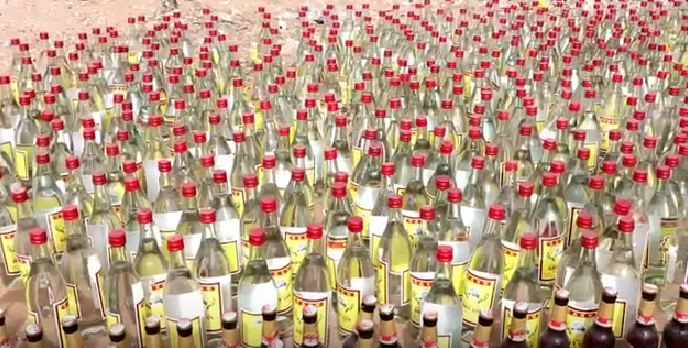 BURAO–Security officers have confiscated 451 bottles of illicit alcohol suspected to have been imported in the South of Togdheer region’s administrative capital of Burco.

The bottles were sealed with cello tape. The officer said the alcohol may have contained lethal substances.

Police in Burco arrested three suspects who are accused of being part of the team who imported the substance to the town.

The police have not disclosed whether those arrested were locals or foreigners.

Often the locals accuse Non-Somalilanders of importing the illegal substances in the country.

Security officers in the region have asked residents in Toghdeer to shun from the illicit business and urged them to report cases of individuals trading on other drugs like a bang.

Somaliland is a predominantly Muslim country with strict regulations on alcohol use.

All kinds of alcohol are forbidden under the Somalia laws, which are all subject to Islamic Sharia.

Those who found the use, sale and distribution of all kinds of alcohol and other drugs are arrested for long term jail and their belongings of the alcohol being burnt down or destroyed.