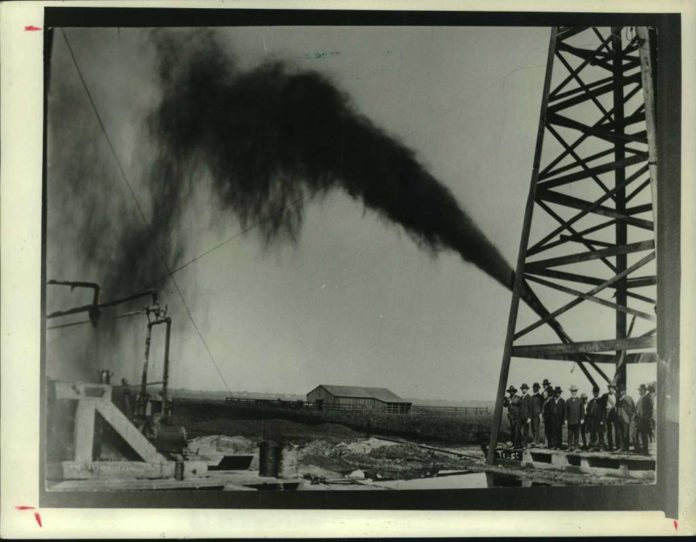 The story of Somalia is being rewritten, and Texas’s oil boom of the early 20th century is a good marker for the future of the African country. Texas oil drove the economy forward, bringing better education with investment in infrastructure and transport links. This shows Somalis what our nation may be, in time and with careful management.

Significant early progress is being made in Somalia, a country with a similar land mass to Texas. The government recently passed the groundbreaking Petroleum Law which marks a new chapter in our country’s history.

This landmark new petroleum law, as its name implies, is about oil. It sets out the financial and regulatory framework that enables our government to finally explore whether reserves of oil and gas exist, as so long suspected, off the Somalian coastline. But, even more importantly, the law ensures that any oil discovered is the sole property of the Somali people — today and in the future. The state of Texas is a testament to how oil can provide the necessary resources to invest in vital infrastructure that is so crucial for our future sustained prosperity. Much of what is seen in Houston today — transport links, employment, education — is as a result of oil.

In late September, we were also delighted to sign an agreement with Royal Dutch Shell and Exxon Mobil settling historic obligations and initiating a roadmap enabling the conversion of concessions into production sharing agreements.We are at the beginning of a journey that could be key to sustainable development and poverty reduction, as well as the continued development of stable state and civil institutions.

Protecting our people’s rights of ownership over the country’s most valuable natural resource is unprecedented, not just in Somalia but across the world. The revenue sharing agreement embedded in the law mandates how future revenues will be shared between the federal government, Somalia’s six constituent member states and their local communities.

It is unique globally with more than a third of any revenues to be distributed among our member states in a process overseen by our central bank and the Revenue Authority/Department. It will be up to our people to elect those representatives whom they believe will invest their monies most effectively and for the long-term benefits of their local communities.

But this is all in the future. Our priority today is to prove the existence of hydrocarbon reserves, and to establish their potential size. Recently completed seismic programs highlight similar geographical structures to those with proven oil and gas reserves in neighbouring basins located in Seychelles, Madagascar, Kenya, Tanzania and Mozambique.

The size of the geological structures identified offshore means that these could easily be billion-barrel fields if they contain hydrocarbons. These suggest Somalia could become one of the most significant oil plays in offshore East Africa with as much as 30 billion barrels which, if true, would be truly transformational for our country. However, it is also important to stress that if commercially recoverable oil is discovered, production and therefore revenue sharing will be at least eight years away.

Somalia will look at Houston’s previous steps as an example of managing a transformational reserve. The finding of the large petroleum reserve in Beaumont in the early 1900s accelerated development in the region.

In February, the Somalian government launched the road show of up to 15 offshore blocks covering a total area of about 47,000 square miles. By the end of the year, we expect to announce when the bid round will be launched.

There has been significant interest in the blocks currently the subject of bids, but given the scale of the opportunity and the robust processes we have put in place, this is not surprising. Oil companies that prove successful will be required to sign production sharing agreements with the government that detail their environmental responsibilities, requiring them to adopt methods and processes that minimize the impact of their work, but also immediately establish the financial terms of our partnership. In return, the government will honour any agreements previously in place, but these companies will need to adhere to the new terms of our production sharing agreement.

The Somali National Oil Company will also hold up to 20 percent in each contract awarded by the government. The first stage will be planning and mobilizing for more seismic data and the drilling of exploration wells over 2020 and 2021. Critically the Petroleum Law requires “the adoption of methods and processes which minimize the impact of petroleum operations on the environment.”

There will be myriad twists and turns as the tale of how we develop a national oil industry unfolds. There will be successes and setbacks, unexpected challenges, detractors and supporters — and we must be ready for these. But it is up to us to determine how the final chapter concludes. As the African Development Bank said, “the passing of the Law is a critical stage in the development of Somalia’s resources industry, which will be an important engine for economic growth over the longer term.”

Texas leveraged its opportunity in the 1900s to build the vibrant state it is today. Our country has a once-in-a-lifetime opportunity for a happy ending — our government must ensure it is not wasted.

Abdirashid Mohamed Ahmed is the minister of petroleum and mineral resources of the Federal Republic of Somalia.