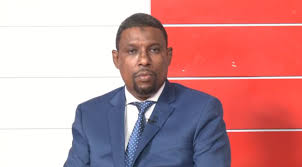 The Federal Government of Somalia (FGS) has pushed back plans to licence offshore acreage in an exercise originally slated to kick off on 7 November but now delayed until the end of the year.

Plans will be announced in December by when officials anticipate the new Petroleum Law, currently before the Upper House, will have been passed into law, according to Minister of Petroleum and Mineral Resources, Abdirashid Mohamed Ahmed.

Speaking at the Africa Oil Week conference in Cape Town this week, Ahmed promised the resumption of roadshows next year and reiterated the ministry’s earlier intention to release 15 demarcated blocks offshore central and southern Somalia.

The blocks to be offered are beyond acreage already held under force majeure by Shell and ExxonMobil, but not crossing into waters disputed by neighbouring Kenya.

Back in 2014, Somalia sued Kenya at the International Court of Justice (ICJ), requesting the boundary be drawn to reflect a diagonal line in Somalia’s favour, with the decision scheduled to emerge this month, but Kenya successfully petitioned the court to adjourn until mid-2020, fearing it might lose.

Spectrum Geo has calculated that the Somali basins host at least 30 billion barrels in unrisked resource and in collaboration with the FGS is trying to drum up interest in the proposed round.

The component states of Somalia are not on board, however, despite claims by Ahmed that an understanding had been reached with Somaliland and that the autonomous province of Puntland must also agree to FGS plans under the so-called Baidoa Accord.

Ahmed hopes Shell and ExxonMobil will return if the new law can be passed through the legislature by year end and that suitors will come forward but Ali Abdullahi, chief executive of Amsas Consulting, which holds acreage on the central Shebelle coast, said investors will not come while the FGS Parliament remains a selected, not an elected body.

Electoral reforms are supposed to be completed in February alongside preparations to ratify a new Constitution – which has not even been written – and the states also disagree on the revenue sharing formula embedded in proposed petroleum legislation, as it does not take account of new states breaking away from the centre.

Puntland’s share is wholly inadequate under the proposed formula, according to Ali Abdullahi, chief executive of Amsas Consulting, which holds acreage in Afgoye on the central Somalia coast.

Moreover, there is no agreement on Baidoa or on the proposed petroleum legislation between Puntland and the FGS, Minister for Energy, Mining and Water Resources, Ahmed Tarrin, told Upstream.

Neither the Puntland Parliament nor that of the breakaway Republic of Somaliland have ratified the Baidoa Accord, as required by law, and fear allowing the unelected FGS regime will use oil revenues and fees to purchase arms, rekindling the decades-old inter-clan conflict that devastated the Somali polity in the 1990s.

There is also fear that the FGS will attempt to licence onshore acreage as soon as they get the offshore exercise under way, triggering clan conflict.

Meanwhile expectation is building among FGS officials with Spectrum Geo telling industry delegates in Cape Town of more than 200 leads just in the limited offshore areas they had mapped, that the 30 billion-barrel estimate was a low end figure, and that Somalia represented the last great frontier as an African oil – though not gas – province.

“Source rock is abundant alongside huge carbonate and clastic plays – this is going to be a very popular round,” according to Spectrum.