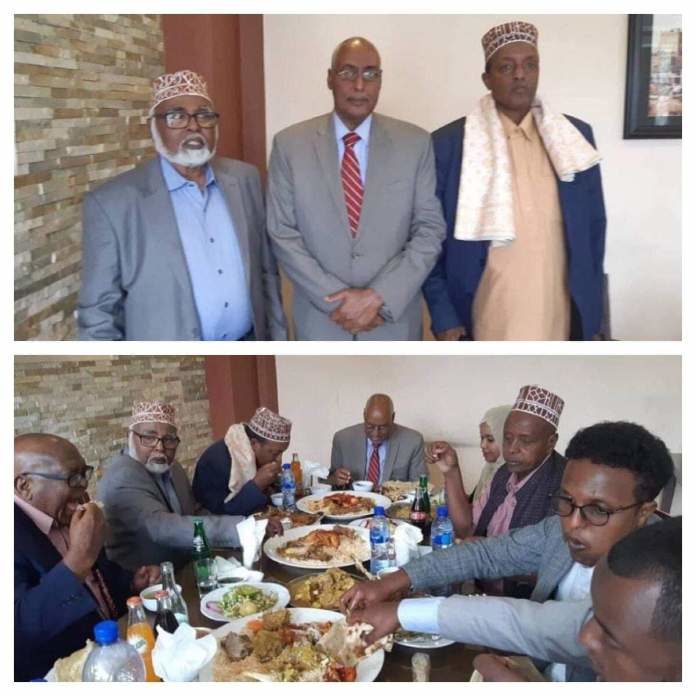 The Somalian envoy to Ethiopia, Mr. Abdikakim Amey hosted the chief traditional elder of Gada bursi clan inhabiting in Somaliland. Mr. Abdirashid Rooble Doodi was hosted on the 10 of July, 2019, in Addis Ababa by the Somalian envoy to Ethiopia. The chief traditional elder was accompanied by former labor minister under Silanyo’s administration, Mr. Mohamed Abdilahi Obsie. The two sides discussed on the situation of Somalia and the prospects of unification between Somaliland and Somalia. Ethiopian deputy minister for health, Ms. Saharla Abdilahi Bahdon, intellectuals, members of community from the diaspora and former Somaliland labor Minister, Mr. Mohamed Abdilahi Obsie were in attendance at the lunch banquet. Mr. Amey who hails from Sool region is Somaliland by birth who served as deputy president of Somalia’s Puntland region. It is not clear the hidden agenda behind the closed door meeting between Somalian envoy and the chief traditional elder from Gada Bursi clan.