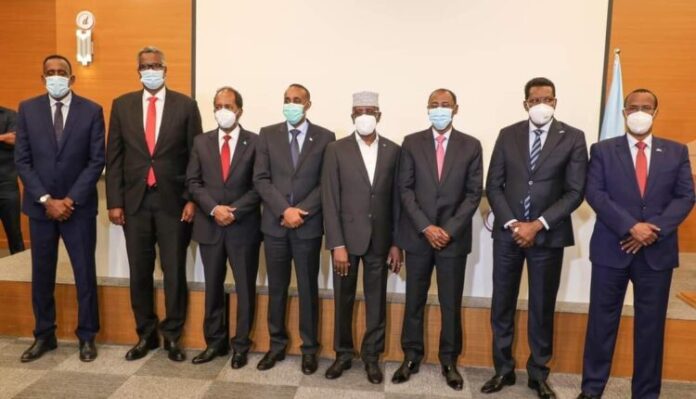 Somalia’s opposition groups on Thursday said that it would postpone the antigovernmental protests scheduled for Friday after it struck a deal with Somalia’s PM amid political impasse which raged for months over elections. The government of Somalia and the opposition have agreed on a number of issues including the revival of hopes of a political breakthrough on the current political deadlock. The government said it was sorry to the crackdown February 19 on opposition rallies and launched an attack on a hotel hosting the former presidents, promised to launch an investigation into the raid and political analysts have said that it is major success for the opposition. Anti-government rallies have been postponed and will take place within 10 days in order the security forces heighten security so as to protect the protesters. The two sides have agreed to further hold talks to the implementation of the electoral process. Somali security forces opened fire on protest February 19 and dispersed protesters led by opposition figures before raiding the hotel that two former presidents stayed. The agreement comes after the int’l community put a lot of pressure on the government and the opposition to end the electoral standoff weeks after president’s term expired whilst efforts to hold indirect polls gain momentum.