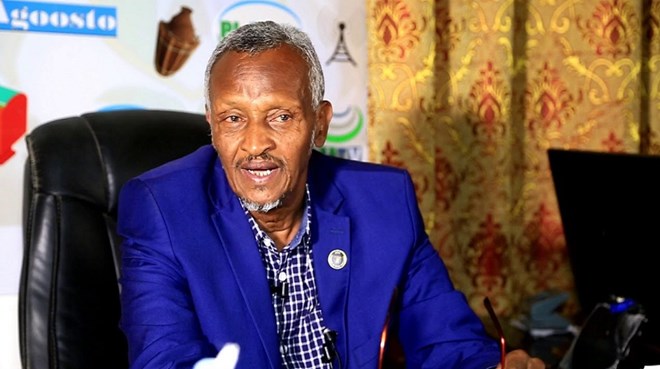 Puntland provincial authority in Somalia has dismissed that its troops stationed in Taleh has defected from Puntland into Somaliland.

The information minister, Ali Ahmed Sabarey has refuted with the strongest possible terms media claims while speaking at a press conference held in Garowe on Monday.
He said that the showcased troops were clan militia soldiers who had on Somaliland military uniform.
Mr. Sabarey has further stated that Somaliland does not have the capacity to absorb Puntland troops.
He said that Somaliland is faced with political crises at this moment.
Somaliland’s newly appointed information minister who was transferred from water affairs ministry, Mr. Suleiman Ali Koore yesterday displayed soldiers in Taleh that he said had joined with Somaliland military.
The minister had revealed that the troops were stationed in God-qaboobe which is under the authority of Tukaraq.
Somaliland & Puntland are engaged in territorial disputes relating to Sool and Sanaag whereby both troops clashes in the provinces leaving behind human casualties and displacement of locals.