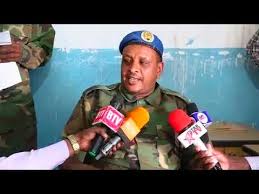 There are no casualties from both sides, police sources said on Monday.
Erigavo police chief, Mr. ABdiraisak Mohamed Farrah has confirmed the attack conducted by unknown gunmen.
The police chief has further revealed that the policemen at the station were vigilant and responded to the fire opened by the gunmen.
The insurgents have escaped from the area after the attack
Police said that an investigation is underway to find out the criminals of the raid.
No group has claimed the responsibility of carrying out the attack.