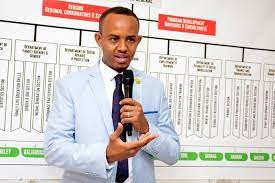 Over 1 million and two hundred thousand voters have successfully managed to vote in the republic of Somaliland; according to the ministry of employment, social affairs and family affairs. The official twitter account of the Director General of the ministry of employment, social affairs and family, Abdirashid Ibrahim Abdirahman said May 31st 2021, the registered voters will decide who will represent in the local council and parliament through One Man, one vote. Abdirashid said change has come to Somaliland through polls and with that figure, a 60 % increase in contrast to the previously registered voters. Hence, will go in the right way. The post has attracted positive comments on social media as many urged Somalia to follow suit. Abdi Ainte, on his twitter page says it is a rare step in the Horn of Africa  thereby giving kudos to SL for leading by example. Rashid Abdi said on his page SL is a beacon of hope and democracy in the Horn of Africa and the country is steadily marching ahead to consolidate its democracy. SL National Electoral Commission earlier begun the voter card registration officially the last three remaining regions of the country. According to the ministry, this will be one of the latest preparations ahead of the polling. The National Electoral Commission of SL kicked off the voter card distribution in almost all the regions where many people have turned up in that areas to pick their voter cards. According to the Electoral Commission officials, people were registered in the recently wrapped up voter registration exercise and those registered in 2016 who did not obtain voter cards will be eligible to participate in the registration drive.