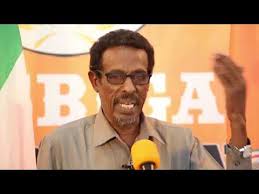 SL opposition party Wadani announced that a livestock shipment from Somaliland was returned from the UAE after the UAE authority denied entry.

The opposition official said that the animals could not feed the standards of the animal imports when they reached the UAE in pitiful conditions and thus were turned back to the Berbera port.

The secretary of livestock, Ahmed Abdilahi Shukri said the animals were severely malnourished when they reached Dubai port.

He claimed that 1500 animals perished during the journey from Berbera to Dubai where the rest become severely malnourished.

Ahmed alleged that the ship carrying the livestock had malfunctioned in the midst of the sea.

The livestock starved to death as they run out of feed, he narrated.

He warned against the dire consequences of this terrible incident in the long term animal exports to the UAE.

He called on the government to maintain quality at the Berbera port to protect SL exports.