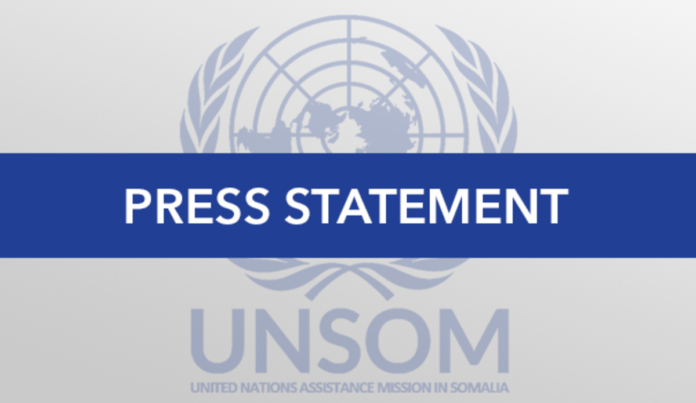 Mogadishu – Marking International Anti-Corruption Day, the United Nations envoy to Somalia today welcomed the country’s progress in strengthening the rule of law and building accountable and transparent institutions and underlined the importance of continuing to work on these areas.

“Corruption is a major obstacle to development. It undermines efforts toward state-building, peace and reconciliation. It erodes public trust and weakens state institutions’ ability to deliver to their people,” said the UN Secretary-General’s Special Representative for Somalia, James Swan.

“In this respect, the United Nations is very encouraged by the recent signing into law by President Mohamed Abdillahi ‘Farmaajo’ of the bill on the establishment of the anti-corruption commission and the elaboration of the National Anti-Corruption Strategy,” he added. “These are commendable steps forward for Somalia.”

A key instrument to sustain, manage and track countries’ fight against corruption is the UN Convention against Corruption, the world’s only legally binding universal anti-corruption instrument, which this year marks its 16th anniversary since entering into force around the globe.

Although Somalia is one of a handful of countries yet to sign and ratify the Convention, the United Nations welcomes steps that are being taken towards this goal, such as the progress with the anti-corruption commission and the anti-corruption strategy.

The United Nations in Somalia also notes the Federal Government’s commitment to implement reforms that strengthen governance and reduce vulnerabilities to corruption evidenced by the recent passing of the National Audit Bill by the lower house and the passing of the amended Public Financial Management and Companies Acts by both houses of parliament.

In Somalia, the UN system has established an anti-corruption platform with international financial institutions and other development partners to provide technical and advisory services to the Federal Government of Somalia (FGS) in its efforts to curb corruption.

Other UN programmes mobilize resources to support FGS anti-corruption efforts across the country, centred on institutions and awareness-raising and on the judicial aspects of anti-corruption, such as criminalization and law enforcement, international cooperation and assets recovery in line with the Convention.

International Anti-Corruption Day is observed annually on 9 December with the aim of raising awareness of corruption and the role the Convention plays in combating and preventing it.