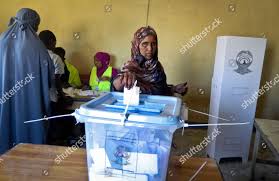 The democratic credentials of the self-declared Somaliland are increasingly under scrutiny for failure to hold parliamentary elections for 14 years.

While presidential elections have been held on a regular basis, the legislative polls were last held in 2005. They were to be held this month but have now been pushed to 2022 amid protests from the opposition.

The government said political parties had not agreed on members of the new electoral commission when it deferred the elections.

The main opposition Waddani Party accuses the ruling Kulmiye Party of President Musa Bihi Abdi, of appointing its sympathisers to the National Election Commission. Waddani Party wants the electoral law and the electoral commission overhauled in line with democratic principles to stop manipulation by the state.

Somaliland declared its breakaway from Somalia in 1991 when the government of Siad Barre collapsed but has no international recognition as the global community backs Somalia’s push for a unitary state.

The authorities and the citizens cannot, as a result, effectively transact business with the outside world in their reconstruction effort.

Despite the African Union assessing Somaliland’s claims to recognition 2006, it says it can only endorse separation with Mogadishu’s blessings.

Somaliland head of the Liaison Office in Kenya, Bashe Omar, said this betrayed double standards arguing that the secession of Eritrea from Ethiopia and that of South Sudan from Sudan was largely driven by external forces.

“We have presidents elected regularly through universal suffrage; we have institutions but the Somalia presidency does not control territory 10km outside Mogadishu. So, the mandate cannot lie with Somalia given that the international community has tried to bring Somalia back to normalcy with functioning democracy, without success,” said Mr Omar.

Despite the current political squabbles over delayed elections, Somaliland remains a model of internal stability and peace in the greater Somalia and Horn of Africa.

Somaliland with a population of over 4.5 million boasts of a functional judiciary, police and civil service and a working electoral democracy.

Only three national parties are allowed to exist as per the Constitution in order to discourage clan-based competition, such as that, which bedevils Somalia.

Human rights groups say the delay in holding parliamentary and senatorial elections coupled with increasing arrests and arbitrary detention of journalists and opposition figures are emerging threats to democracy.