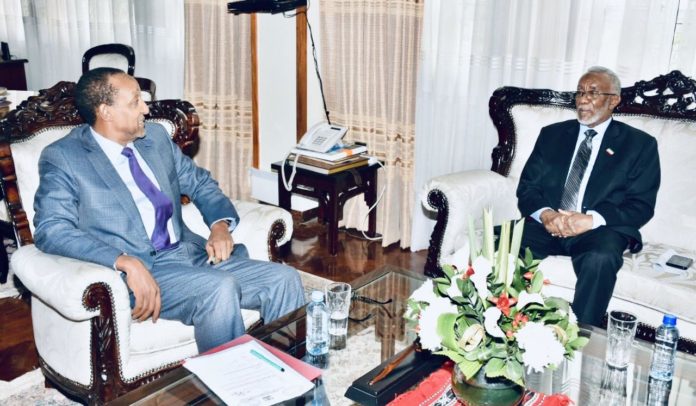 Kenya’s foreign ministry has referred to Somaliland as a “country” in a controversial tweet.

Since Somalia’s civil war and the collapse of government in 1991, Somaliland has been a self-declared independent state and has its own democratically elected government.

However, it is not officially recognised by any country or international organisation.

In the tweet, the foreign ministry said a ministry official had held talks with Somaliland’s minister of foreign affairs Yasin Hagi Mohamed.

“The two discussed issues of mutual interest between the two countries and ways of strengthening cooperation,” the tweet said.

Comments on the tweet show mixed reactions. One person accused the foreign office of “trying to play with the nerve of Somali government”.

Others have accused Kenya of using the tweet to pressurise Somalia to concede over a maritime dispute between the two countries.