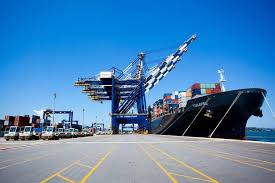 DP World’s decision, announced in February, that it is to sue China Merchants in Hong Kong’s High Court over the Djibouti debacle caused major shock waves in the global terminal operator sector. The Dubai-based operator is accusing the Hong Kong-headquartered company of causing the Djibouti government to unilaterally revoke its concession to handle containers at the Doraleh Container Terminal (DCT) in the Port of Djibouti.

Olivier Milland, senior analyst for sub-Saharan Africa at A2 Global Risk, tells Port Strategy that the move by the authorities in Djibouti to effectively re-nationalise the commercial port is highly unusual. But he acknowledges that the relationship between the company and the state had been “shaky for several years prior to last year’s decision to expropriate the port concession”.

Indeed, bad blood first emerged in 2014 when the government accused DP World of having paid bribes to a prominent Djiboutian businessman, Abdourahman Boreh, in order to win contracts. However, there was much speculation at the time of a political motivation behind those proceedings, following a very public falling-out between the president and the businessman.

To make matters worse, China Merchants has held a one-third stake in Port of Djibouti throughout this whole process meaning that it clearly has had some behind-the-scenes influence in the ousting of DP World, although Mr Milland concedes that it is difficult to gauge exactly what that influence has been.

“Given Djibouti’s strategic location and its modern port facilities compared to other countries in the region, it is a possibility that it did play a role, albeit indirectly through a position of influence rather than interference. But that is merely analytical speculation at this point,” he says.

Nevertheless, Mr Milland says that the latest move by the government could also have been prompted by its fears that DP World was under-investing in the port in favour of other ports the Dubai-based company operates on the Red Sea, which was its official explanation.

“It is ultimately up to the decision-makers to explain why they moved to seize control of the port and ultimately DP World’s shares; only they really know exactly what motivated them,” he says.

The row with businessman Abdourahman Boreh, who was then in charge of the country’s free trade zone, eventually went to international arbitration, with a London high court making a very high profile ruling against the government’s claim in 2016.

The seizure of DCT also ended up at the London Court of International Arbitration (LCIA), which again found in favour of DP World, although Mr Milland believes these may have been pyrrhic victories at best.

“I don’t think there is a possibility that DP World will now return to Djibouti, unless the company meets both the government’s and the state-owned company’s demands for further investment in the DCT port terminal to meet growing demand. And that” – given the recent decision by DP World to take legal action against China Merchants in Hong Kong – “now seems very unlikely,” he says.

Significantly, DP World has invested in other ports in the region. These include the ports of Berbera, Somaliland, and Bosaso in Somalia’s autonomous Puntland region. The latter is being operated by the company’s subsidiary P&O Ports, which is looking to modernise it. In this, it very much has the backing of Ethiopia, since Ethiopian businesses currently have to ship 95% of their goods through Djibouti’s ports.

“It would therefore be understandable if DP World looked for business opportunities elsewhere,” says Mr Milland.

The Djiboutian authorities have moved quickly to replace DP World, inviting in new investment partners from Asia. Asked what message this sends to potential investors in Djibouti, Mr Milland points out that “the decision to nationalise a key port and allow in a major Chinese investor is likely to spook some Western investors. This is particularly so during a period when competition is growing between Australia, New Zealand, the EU and US on one side, and China, Russia and their allies on the other.”

PwC Africa ports expert Andrew Shaw adds that Djibouti is one of the fastest growing countries in the Horn of Africa, therefore its interest for investors cannot be overstated.

Mr Milland notes that competition is epitomised through infrastructure developments in Africa in particular, but even more so along Beijing’s Belt and Road Initiative where Djibouti is a key point connecting the Horn of Africa to the rest of the world.

“The government’s actions to nationalise the port despite two LCIA rulings against it, and its intention to continue to expand DCT with Chinese operators, set a worrisome precedent in the country. It suggests that long-term contracts are at risk, even under the same administration, and might even mean that those with long-running relationships with the government could be quickly side-lined without any clear reason,” says Mr Milland.

Chinese investors have already begun construction of a free trade zone within the Port of Djibouti, partially on land that formed part of the DP World concession. Chinese investors are present across Sub-Saharan Africa, and especially so in the Horn of Africa. “Since a lot of their investment is in critical infrastructure, their presence in Djibouti does not strike me as surprising; in fact, it makes sense,” says Mr Milland.

He adds that it also makes sense from a historical perspective, in that the Chinese have been present in Djibouti for many years, and the relationship between both governments is close; for instance, Djibouti hosts China’s only overseas military base. China also pursues close ties with Ethiopia, where Chinese construction companies have built the African Union headquarters and a standard gauge railway between Addis Ababa and Djibouti City.

The move to invest in Djibouti also reflects a much broader trend in Chinese investment, which initially concentrated on countries that had much needed raw materials.

“Djibouti may not hold a lot of natural resources, but it is situated in a highly strategic location, through which 12%-20% of global trade passes, and a lot of Chinese goods are shipped to ports on the Red Sea,” says Mr Milland.

He also notes that, for security purposes, Djibouti is also strategic in that it lies mid-way between the Middle East and Sub-Saharan Africa. This location could help air-based missions in the Levant or Yemen but also act as a launch for vessels to fight maritime threats from pirates in the Gulf of Aden or in the Indian Ocean. These launchpads could additionally be used to protect commercial shipments, for instance for oil coming from the Gulf.

Both DP World and China Merchants were asked to contribute to this article, but neither responded.

Djibouti is not the only country in Africa to have received interest from Chinese investors. On the east coast, two brand new potentially Chinese-backed projects have emerged in Mozambique.

Several Chinese investors, for example, have indicated an interest in financing projects in the Port of Inhambane, which is located in a province in the south of the country. The information was made public by local governor Daniel Chapo, who said that the Chinese entrepreneurs had made contact with national entities linked to the sector.

Reactivation of the Port of Inhambane project first emerged in 2017, when an investor conference was held in Inhambane.

One of the biggest headaches faced by engineers is that the site is prone to major silting.

Chinese investors are also working with Mozambique on the design of a new cabotage port located in the town of Chongoene. This will require investment of $300m in port infrastructure, as well as additional funding for a connecting rail link to the Limpopo Corridor, in Macarretane. There will also be branches to sand deposits at Chibuto in Gaza, and Jangamo in Inhambane. Agriculture, forestry and livestock are all being targeted.

A contract has already been signed with the China Railways International Group to take the project forward.