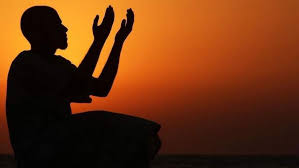 Being Muslim is being submitter to all Allah’s degrees. knowing what are these degrees and how excute them demands knowledge; Therefore, it is expected from every single Muslim to ken his noble religion as much as possible. Specifically, knowing some of these instructions from Allah are mandatory to every Muslim such as Salah performance and fasting observation and so on forth.
Aside from these, there are plethora of other issues which are indispensable and significant for ordinary muslims to learn. For instance, since the sole purpose we are all striving hard is Ibadah ( worshipping Allah), which is how to get the gate pass of Allah’s extraordinary Jannah, one should know what is exactly is the Jannah and how comfortable and luxurious it is in order to boost their efforts of qualifying it. Generally speaking, It is common sense that whenever we learn the quality of something, consequently we pushed ourselves hard to acquire it.
On the other hand, if his creatures fail to please him, which is obviously the purpose he created us in the first place, Allah will fairly revenge those of his creatures who came short from his pleasance and became oblivious his worship through his hostile and unbearable Fire ( Jahanaba) unless they have been voluntarily forgiven. So, in way someone to do his level best to escape the entrance of such unpleasant place of Jahanba, he should learn how horrific is this place by studying Ahdees ( prophet’s narratives). Thus, knowing Allah for his abundant mercy, relentless anger and unmatched capabilities are acting as a catalyst for his proper obedience. And Allah said in Quran ” Only those fear Allah/God, from among His servants, who have knowledge”
Furthermore, making matters worse, if the poorly religious educated person lives where Islam is less practiced, unfortunately she/he is susceptible to go astray and fall string of unfortunate traps such feminism and secularism which may lead far more worst scenarios such as conversion or become nonbelievers. Therefore. Environment is another vital influencer of the chance someone can obey Allah accordingly. For this reason, it is entirely parent’s onus to religiously educate their kids at early age, particularly when they’re living non-muslim country then they would distinguish what is worthy and what is not later in life.
Moreover, Another imperative issue is to oversee kid’s  outdoor life and whom they pick up as their close comrade because friends oftenly have colossal impact to the kid’s attitude, they could teach him drag nd crimes, as they say birds in same feathers flies together.
To sum up , apart from knowing Allah proper knowing, living islamic friendly environment and opting decent friends are two other primary things that would enable us to fear Allah probably and bolster our consciousness of Allah which in turn dwindle the significant sins we commit incessantly. To countraproduct the spreading of such unfortunate situations of faith distortions, both religiously and scientifically equipped muslim scholars such as Sheik Musafe should orchestrate more lectures to convince these naive youth that Islam is not outdated religion as they thought.
Fahad mohamoud.
Fahadhargeisa@gmail.com