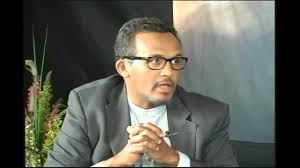 For a number of years, Nairobi (Kenya) has been the de facto capital of Somalia after the State has disintegrated into anarchy. It has been where Somalis sought refuge, re-started their lives, and networked with the rest of the world. By the same token, it has been where almost all of the eighteen or so failed “reconciliation” conferences were concocted, and Somalis found the funding and the nourishment for the indigenous political demons that kept them divided and at war with one another for over two decades.

Yet, to this day—at least from the international community’s point of view—all initiatives related to peace, security, humanitarian, and development must be conceived, crafted, and executed via Nairobi; Through a network of international institutions and organizations with sullied reputation of money squandering, laundering, and rewarding corruption with more contracts. And so long as this continues, so too would the status quo.

Like Vienna (Austria) during the Cold War, Nairobi became a magnet that attracts both the positive and the negative. It is a place where a few good apples are found- those Somali patriots who are committed to work to bring an end to the misery of their people. It is also a place where many rotten ones are found- those who callously sellout everything about their country and people. Nairobi is where the buyers meet the sellers. Moreover, the city is one of the major hubs for security experts, “dealmakers” and deal breakers. It is also the center where around a $1 billion that is donated annually on behalf of Somalia is managed and mismanaged. It is where corrupted technocrats and other colorful characters compete for geopolitical strategic advantages or for crude economic exploitation. The city is also the center for a new breed of diplomats known as “gorilla diplomats”.

In dealing with countries such as Somalia, these types of diplomats are granted the flexibility and authority to make decisions without any direct involvement of their Foreign Ministries. This, needless to say, has its positives and negatives. One of the positives might be their less bureaucratic decision-making capacity. One of the negatives might be the inadvertent creation of diplomatic despots who haphazardly assert authorities far exceeding their professional titles. Against this backdrop, the Special Representative of the Secretary General for Somalia, and the head of the United Nations Political Office for Somalia, Dr. Augustine Mahiga, had the liberty to nose dive into the intra-Somali politics of contention in his recent interview by Somalia Report.

As someone who occasionally freewheels beyond his diplomatic boundaries and subjectively tips the scale in favor of one convenient group to another, Dr. Mahiga pushed the limits with that interview. Without offering any substantiation to his claims, Dr. Mahiga offered this assertion when asked about the Somali politicians:

Why this crude accusation, especially when there is only 5 months left from the end of the transitional period?

Considering the timing of the message and the clout of the messenger, this was nothing but a desperate act to give traction to a baseless narrative that was being cooked since the Djibouti Agreement…that there is a clandestine Islamist cabal with sinister motives who are bent on high-jacking the political power. Consumed by that paranoia-based narrative and other erroneous assumptions that all organized Islamist groups, including those who are non-violent who are willing to legally partake in the political process, should not be trusted, Dr. Mahiga unleashes the following rant:

“They (Ala-Sheikh) are not very different than the Shabaab, except that they don’t take up arms. But for them, the fundamentals are the ideological purity, and they’ve reached a point where they have successfully staged a comeback, and they have just created a forum, which they have formed under Farmajo (former Prime Minister): an Islamic organization which they are going to transform into a political party”.

The boogieman, or the Al-Sheikh group that he referenced, are some of the students of the late Islamic scholar, Sheikh Mohamed Moallim during the 70s, 80s, and early 90s.

Contrary to the urban legend surrounding his influence, the Sheikh was in fact a progressive religious scholar who was ahead of his time. He graduated from Al-Azhar University, and his teachings were focused on bringing social and religious reform through non-violent means. He taught that the individual is part of the whole and that his/her actions either contribute positively or negatively to that whole- the society. And that the individual should never resort to bloodshed, or wreak havoc, or cause chaos even when living under an authoritarian government that publicly executed ten Islamic scholars and imprisoned a few others—including the Sheikh—for disagreeing with it.
As an active agent of positive change, the individual must rely on educating one self
(religious and secular) and on educating others, but to never impose his/her views on others.

A few individuals from that school of thought (and other Islamic thoughts) have joined the post Djibouti Agreement Transitional Federal Government. And though they were systematically cleansed out of the political structure through one “re-shuffle” or “accord”, their contribution and legacy stand out.

So, what threat does Dr. Mahiga fear? And even if it were true that that group and their allies in the Daljir Forum (a coalition of several political parties with diverse interests) have “successfully staged a comeback”, what is wrong with that? And more importantly, are we to deduce from Dr. Mahiga’s statements that there is a gatekeeper outside the will of the Somali people who should keep this wrongly implicated group in the periphery?

Considering the broad-based negative reaction his statements have generated and official grievances filed through the UN Secretary General’s office, Dr. Mahiga’s statements are not considered the result of judgment deficit. Rather, they are considered as statements that were deliberately crafted to sow the seeds of suspicion and conflict between certain political parties and groups. And since the groups under this attack were the very same groups that openly advocated for the transfer of all international community offices that deal with the Somalia issue to either Mogadishu or other parts of Somalia, this raises yet another question: Was this a payback for pressuring the UN and other international organization to leave their cozy environment in Nairobi and transfer their operations to Mogadishu- something that Dr. Mahiga had to do a few months earlier?

Be that as it may, the process of “de-Nairobification” must continue. In addition to bringing an end to the costly routine of multiple outsourcing of all projects and services to Somalia, such decision will bring an end to a detrimental sub-culture that developed since the break up of the State. A sub-culture that lures governmental officials and members of the Parliament to accept invitations and attend private meetings with various colorful foreign characters of multiple agendas at the privacy of their offices, hotel rooms, and residence.

Though this sub-culture has been under scrutiny for the past 18 months, enforcement has been all but effective. Mainly because these non-transparent and questionable freewheeling often takes place away from the government’s radar.