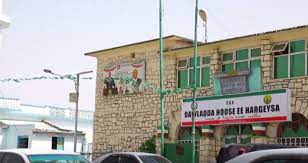 Hargeisa, the capital city of Somaliland, has been a rapidly growing city for the last three decades as Somaliland returned to its sovereignty from so-called greater Somalia. Slightly flashing back to the late 80s, Hargeisa has experienced a vast and unprecedented large-scale destruction razed it to the ground triggered by massive bombardments targeted by Siad Barre’s regime forces.

As a result of this, according to the World Peace Foundation report in 2015, more than thousands of buildings were destroyed. Other thousands were damaged, reflecting 70% of the destruction for the entire city levelled to the ground.

Those shelling has also instigated a massacre of thousands of innocent civilians, which also led thousands of residents to flee from the city heading to Ethiopia’s refugee camps.   From that day on, while Somaliland has mightily returned its sovereignty from the rest of greater Somalia predominantly last ten years, Hargeisa has undergone large-scale facelifts and fundamental reconstructions significantly led by its civil society shifting a thoroughly demolished city to a puzzling metropolis for such a short period- as it is today.

It is the largest city and densely populated metropolis attributable to the enormous number of people shifting from rural areas to urban centres after devastated draughts hit a couple of times which forced them to leave from rural to urban centres, particularly the capital city. Whereas other innumerable residents continuously shifting from other cities had made it the most populous city in Somaliland since the whole basic, indispensable public services, government centres, and all other important kinds of stuff are centralized within the capital city only, leaving other cities nearly abandoned ones.

The latest estimations have shown that the population that lives in Hargeisa is approximately 1.5 million. The trends likewise demonstrate that the number of people will considerably increase to the subsequent years ahead. Therefore, the city is expanding rapidly. Similarly, the growing concerns of getting a quality public service delivery are increasingly mounting. As the city is in charge of delivering many public services to its civilians and financing its own infrastructure, meeting those obligations requires the generation of sufficient revenue.

Still, the wicked concern is that Hargeisa has exceedingly lower revenue productivity relatively as expected. To briefly pinpoint, the government’s overall revenue sources are mainly categorized as revenue from tax- tax directly or indirectly imposed by the government- and revenue receipts from non-tax; including fees, fines, etc.

Therefore, revenue from taxation is major revenue to be accounted for since the latest assessments from the International Center for Tax and Development indicated that the total tax revenues account for more than 80% of total government revenue in nearly half of the countries in the world this depicts the extent of a significance of revenue from the tax for a government.

Focusing on our setting, according to the International Growth Center, Hargeisa has a rather possibly some of the most significant number of disparate tax and fee collections around the world. It is argued that the low revenue productivity of the tax system has been attributable to tax evasion. Even though, in the last decade, the city government has made significant improvements for raising its source revenues. However, overall collection is still low and far from being sufficient, which led a poor public service delivery and underprivileged urban infrastructures by way of massive mismatch between the expenditure required for financing those responsibilities and the extent of the revenue yielded by the city. Despite this, a substantial misallocation and mismanagement of these handful resources are certainly undeniable.

Driving around Hargeisa, one is immediately touched by the disparity between the flourishing private economy, and to some extent lacking from the public sector through so many efforts are made by the local government. Nevertheless, roads are a perfect example of where the public investment is missing; mostly, every road is potholed. There are few old channels and no properly constructed drainage system. At the times when huge rainfall pours, large areas of the city are flooded, and roads are impassable due to mud. This results in wear-and-tear on cars and often causes more extensive damage than that by threatening many human lives; to overcome these challenges, plentiful revenue is required.

As aforementioned, the poor revenue productivity is attributable to tax evasion and avoidance practices, a worldwide phenomenon by which most developing countries are suffering. Therefore, Hargeisa’s tax evasion is caused by many factors, including the following:

In Somaliland, the British Protectorate Administration first introduced a taxation system. Still, Somalilanders were deemed tax as an unfair obligation at that time, which they refused to pay it and yet the majority of the citizens have misconceptions about the fundamental concept behind levying it and benefits they receive for paying it since then they evade it as there is lack of plentiful tax education and awareness in Hargeisa’s citizens towards tax. Moreover, the local government administration doesn’t put a sound effort to educate well for the citizens about the importance and reward for paying it. Still, the problematic issue is that most of the citizens merely pay tax-avoiding not to be detained, so they evade if it’s conceivable. This violates one of the fundamental canons of tax. Particularly, the canon of simplicity formulated by Adam Smith underlines that the tax should be easily understandable by the motive behind levying it for taxpayers and must not be complicated.

The tax administration system in Hargeisa Municipal is inefficient and ineffective in collecting tax charges from taxpayers; meanwhile, they don’t have proper and well-developed database systems in which all taxpayers’ information can be kept, accessed, and traced. However, in a property tax, Hargeisa Municipality uses a Geographic Information System- GIS, which makes it the most significant portion of property tax revenue, despite potentially untapped yet.

In addition to this, taxpayers living in Hargeisa’s low morale and willingness towards tax payment encourage them not to pay it as they perceive the system as corruptive. All the taxes they pay will be mismanaged because the public mistrust has faded away time over time, so they try to evade it. Besides that, if tax rates are high, it’s more probable that the taxpayers won’t pay the tax charged. Finally, some of the taxpayers in Hargeisa collude with tax collectors, so they give bribery money less than tax charges as tax collectors themselves don’t get enough salaries that cover their overall needs.

This prevalence of tax evasion has left the local government’s budget ineffective as it leads not to achieve targeted revenues since a large number of accrued taxes can’t be collected; this causes poor public service delivery.

To overcome this prevalence, the city government should try to enhance tax education and awareness of citizens towards tax by formulating a prolific strategy to educate citizens more about tax and tax laws since taxpayers are mostly literate- business owners who are regular taxpayers are not educated—for instance, establishing a team that their responsibility is for merely educating tax and carrying out awareness programs which can sometimes launch a reach-out campaign by visiting taxpayers for enlightening more about taxation.

Moreover, to change taxpayer’s negative attitude and willingness towards tax payment, all information related to the local council shouldn’t be ambiguous; for instance, the budget details must be easily accessible, and likewise audited budget performance at the end of the year should be set and it should be publicly disseminated, which entails the details about revenues collected and where it was also spent they should be publicly accountable if it’s indispensable.

To improve tax collection, the city government should attempt to acquire a well-developed database system in which all information about taxpayers can be retrieved. The city government should establish a compliance centre where taxpayers are cared for and recorded compliances. Intensive training and developmental sessions should be given to tax personnel to collect accrued taxes effectively similarly to avoid accepting to collude with taxpayers, and enough pays should be given to them. Also, fringe benefits like rewards must be given to the tax collectors who have done their job effectively.

Lastly, the very inspiring news is that the combined elections which recently took place in Somaliland had revived thousands and thousands of citizen’s diminishing hopes which were losing their faith of experiencing a change in one day when Moge, who was anti tribalism activist, got 26K votes which were the highest ever votes in the history of Somaliland’s local council elections and lastly became the new elected and uncontested mayor of Hargeisa City Government for a subsequent five years since then Hargeisians are starving a positive change to come for him and the latest local councils as well. The election of Moge will merely reestablish and rebuild the citizen’s mistrust towards the Local Government, which will encourage them to pay their tax charges.

Subeir A. Salah, is a young researcher based in Hargeisa, Somaliland, who accredited a bachelor degree of Art in Accounting and Finance at Somaliland Civil Service Institute and now engages in pursuing an advanced degree in this field of study. The writer is always interested in researching and writing more about this field in our context.