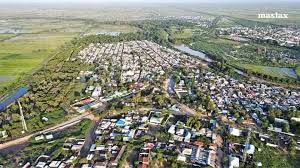 Two Somali regional MPs injured after blast ripped through a vehicle they were travelling in the town of Jawhar, the administrative seat of Hirshabelle state in south Somalia.

Regional parliamentarians Mohamed Abdi Ali and Abdirahman Abdi Idow were returning from a function held to mark the 5th anniversary from the founding of federal member state when a roadside bomb struck their vehicle on Tuesday night.

The sound of the loud explosion woke up residents was heard in the town at 2:00 pm on Tuesday, shortly after the function attended by regional officials had been wrapped up.

The Al Qaeda-affiliated militant group Al-Shabab said its fighters had carried out the attack amid  a security tight in the city.

Regional authority did not say whether there had been other casualties as a result of the explosion but security forces had begun to investigate into the incident on Wednesday.