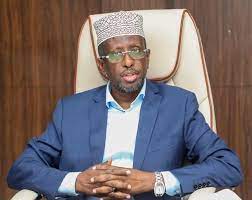 The leader of the Council of the presidential candidates which brings together opposition parties in Somalia, Sharif Sheikh Ahmed yesterday tendered his resignation amid suspicion that he may have maintained closer ties with the acting President Mohamed Abdullahi Farmajo.

Members of the opposition turned down to accept the resignation letter by their leader during a meeting held in Mogadishu and urged him to stay on in order to prevent a possible collapse of the council which united to challenge the incumbent president in the elections.

Opposition figures agreed that the issue be raised again during a meeting held this week after it sparked a debate between members of the Council of Presidential Candidates.

Ex- president Sharif did not criticize Farmajo for a dispute with the PM Mohamed Husein Roble over the murder of female spy officer.

He said that it was not a time for political squabble in the country last month.

The remarks have stirred suspicion among opposition leaders that he had colluded with the president and his allies.

Reports indicate that Sharif’s resignation is still on the table and has called on the members of the council to elect his successor.

He stressed that he could be a member of the council but could not have a role in its leadership.