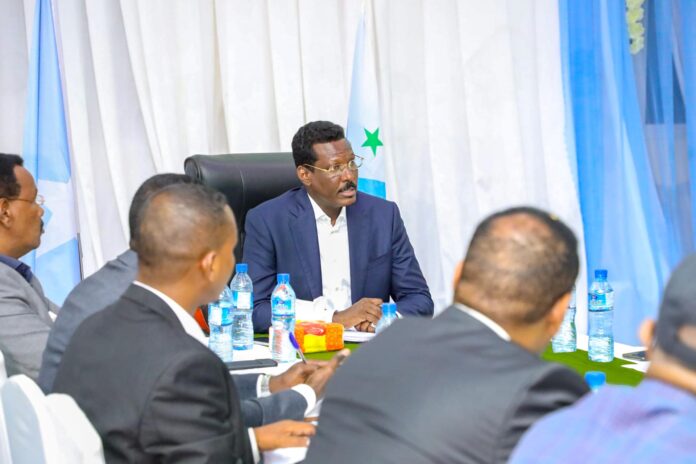 The cabinet meeting held in Guriel saw the participation of traditional leaders, intellectuals, businessmen and women and youth from the area, who have returned to city after peace has returned.

Mediation efforts bore fruit and which led Sufi fighters to vacate their positions in Guriel.

The president exchanged views on ways to strengthen security and thanked for their commitment to the peace process and further stressed to consolidate the unity of the people of Galmudug.

The delegation headed up by president Ahmed Qorqor arrived in Guriel on Thursday, a day after Sunni fighters vacated their positions in the town of Guriel which its forces took control of the 1st of this month.