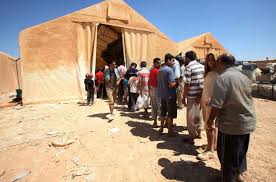 Countless academic journals, books, polls, and statistics have repeatedly shown that “Western” world is on the brink of collapse due to its zero population growth. The UN statistics on the population of Europe finds: “By 2050, a third of Europe’s people will be over sixty. In the U.K., Germany, France, Italy, and Spain, one in ten will be over eighty! The median age of a European will be fifty, nine years above the median age of the oldest nation on earth today, Japan.”[i] This means that in Western countries, the percentage of the young population is alarmingly declining while the percentage of aged population is massively increasing.

Usually, when old people retire, there must be large number of young workers to replace them. These young workers generate tax revenue which will be given to old people as pensions or retirement money. But in the West, the drastic declining young workers are unable to generate enough tax revenue to pay the pensions of the old people. “In Europe,” wrote The Economist, “there are currently 35 people of pensionable age for every 100 people of working age. By 2050, on present demographic trends, there will be 75 pensioners for every 100 workers.”[ii] So, where do the Western countries will get the pension of this retired population?

The West’s brightest minds came up with three solutions: First, “. . . trillions of dollars in new tax revenues must be found.” Second, Western “. . . women must begin bearing two and three times as many babies.” Third, “Europe must import millions of workers each year. These are the stark choices the Old Continent faces.”[iii] The Western countries have attempted to implement all three solutions.

The first solution—“. . . trillions of dollars in new tax revenues must be found”—is unattainable, because there is no way to find trillions of dollars in new tax revenues without having large number of workers. Then, Western countries have tried to implement the second solution, which is making Western women to begin ‘bearing two to three times as many babies.’ But Western women constantly refuse to bear babies. Therefore, Western countries literally begin to pay and bribe women to have babies. Germany, for example, “. . . paid childcare leave — up to $35,000 over the course of a year.”[iv] In Australia, you can get a baby bonus — payments of about $6,000.00 over the baby’s first year. In Norway, every child “is entitled to lump-sum-benefits. The sum totaled over 38,000.00 kroner or over $6,000.00 CAD. One also receives 970.00 kroner per month ($160.00) until the child turns 18.”[v] And most other Western countries are doing the same. Did bribing women to bear babies work?

No! It didn’t. Regardless of how much Western governments have repeatedly attempted to pay or bribe their women to bear babies, the Western women refuse it. The contemporary Western women are called DINKS—meaning, “double income, with no kids”; that is, unmarried woman and man living together while having high-paying jobs without kids. “If women can earn more than enough to be financially independent,” wrote Dr. John Wallace of Johns Hopkins University, “a husband is no longer essential. And if you can also have [intercourse] and not babies—and this seems to be true now of Catholic Italy as it is of secular Britain—why marry?”[vi] Therefore, the second solution has also failed. Now, the Western countries have only the last solution.

Their last solution is to accept immigrants and refugees from other countries. These immigrants and refugees will become the new labor force who will generate the required trillions of dollars in new tax revenues. Therefore, the reason that you are accepted as refugee is to become the new labor force in Western countries. In other words, they accept you so that you will pay the pensions or the retirement money for their old people. That is why you are brought (or accepted) into the West. The West does not accept refugees on humanitarian grounds. There is no such a thing as “humanitarian grounds.” It is their interest to accept you.

Some of you may wonder: if this is true, why are the Western countries refusing to accept refugees or immigrants? There are many reasons. First, almost every Western country plans to accept certain number of refugees/immigrants each year. Therefore, they are trying to resist accepting more than that. Secondly, there are many Western intellectuals, politicians and laymen who are extremely panicked, because they have realized that they are losing their country and there is nothing that they can do about. Lastly, big corporations and businesses are using the available and cheaper immigrants against their employees as bargaining chips.

You are here to feed the West’s retired people.

He can be reached at: abdihdaud@yahoo.com