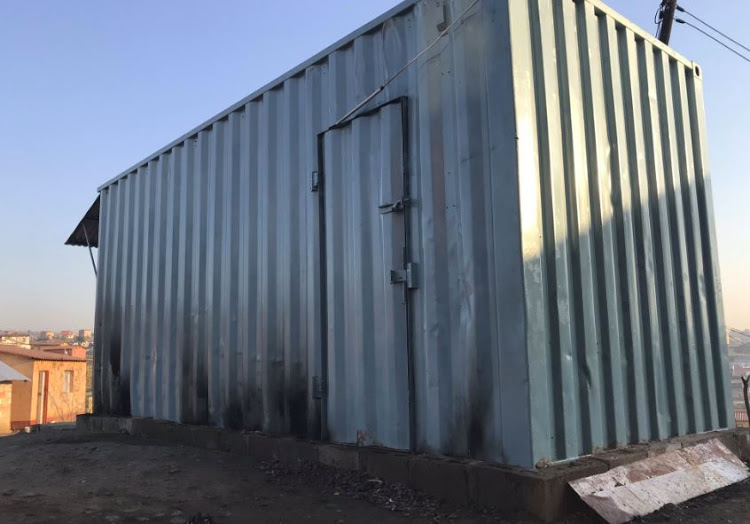 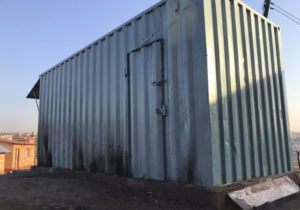 The shopkeeper’s cries for help awoke his neighbour who eventually saved him from the fire.
Image: Jeff Wicks via Twitter

A Somali shopkeeper from Newlands West, KwaZulu-Natal,  was hospitalised after arsonists attempted to burn him alive inside his tuck shop on Thursday night.

The shop‚ constructed from a container‚ was doused in petrol and set ablaze at midnight.

Nonhle Phiri‚ a neighbour‚ said she’d been woken by the man’s screams for help.

“I came outside and the fire was big all around the container and there was a lot of smoke. The man sleeps inside and he was screaming because the fire was growing and‚ with all the smoke‚ he had lost the key‚” she said. “He thought he was going to burn inside‚ so he was getting frantic. I had to move a big‚ five-litre container of petrol which was on fire by the door‚” Phiri added.

She said the shopkeeper eventually found his key and managed to free himself as neighbours desperately threw water on to the flames to quell them.

Phiri said the man‚ who had injuries to his arms and was battling to breathe‚ was taken to hospital.

This follows a wave of anti-foreigner violence in Gauteng‚ which has claimed the lives of four people.

The attacks on foreign-owned shops came after allegations that some were selling expired food and counterfeit goods.

Anti-foreigner sentiment in KwaMashu‚ Ntuzuma and Inanda in KwaZulu-Natal has been simmering for months after a South African business forum gave foreign shopkeepers an ultimatum to pack up and move.

Two weeks ago‚ a string of shops was looted and burnt in Inanda and KwaMashu.