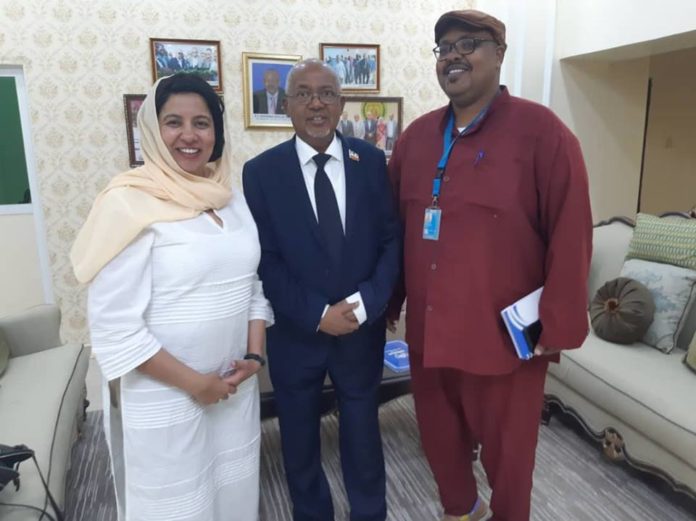 The Deputy President of Somaliland, His Excellency, Abdirahman Abdilahi Ismail today welcomed head of UNHCR, Ms. Sarah Khan and special representative to refugee camps in the port city of Berbera, Mr. Roble Awale. The Vice President held talks with UNHCR officials. Ms. Sarah Khan has praised the reception given to refugees that have fled from the war-torn country of Yemen. She also commended that gov’t has allowed the refugees to integrate with Somaliland citizens. She said that Somaliland is well known for its protection of foreign refugees and this has caught world attention. The DP has thanked the UNHCR officials for paying a courtesy call to his office. He urged to cooperate on issues of refugees.