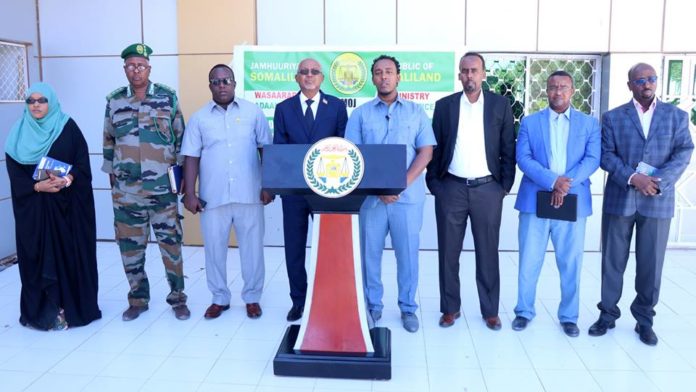 HARGEISA–The Vice President of Somaliland Honorable Abdirahman Abdilahi Ismail aka Sayli’i has officially launched a new program which is aimed at re-educating inmates in major prisons in Somaliland today.

The ruling Kulmiye party promised during the 2017 presidential polls that they will re-educate the inmates and will be provided with both formal and informal education on the basis of their educational levels.

The program was launched after the justice minister has embarked on inspection tour to Hargeisa main prison where inmates were having their classes.

The justice ministry has inspected inmates who were being trained on vocational training where inmates were having their classes in pursue of their tertiary education.

The president of Badar university, Mr. Mubarik Aar has said that his institution has conducted a research on the educational levels of inmates in major prisons in Somaliland.

He promised that the project will bear fruit.

Deputy chief of correctional facility has also noted that they teach skills necessary for inmates while serving their jail terms.

He added that they will reintegrate while they have enhanced their skills and education.

The education ministry has pledged to support the project on course materials for the inmates.

It was not disclosed the exact number of inmates who are expected to benefit from the project.