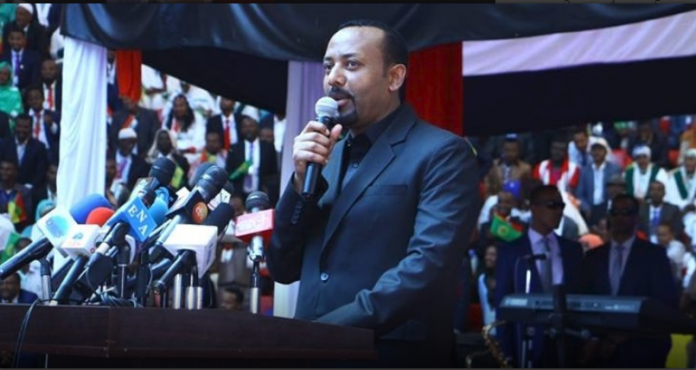 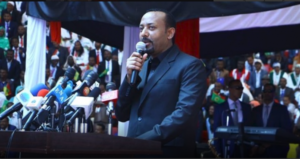 Jimma September 19/2018 The 9th organizational conference of the Oromo Peoples’ Democratic Organization (OPDO) has kicked off today in the town of Jimma, Oromia, in the Presence of Prime Minister Abiy Ahmed, Chairperson of the organization.

At the opening of the conference, Abiy urged on the need for unity and collaborative work in order to create stronger Ethiopia that could be a model for Africa.

Abiy said unity is the only way that saves Ethiopia and its people, highlighting the need to left behind the past and collaborate to sustain the reform and realize development at all level.

Saying that having a “winner attitude” is crucial, he urged that Oromos should stop lamenting about their past but come up with viable and winning ideas that could be instrumental in building Oromia and Ethiopia.

“We are committed to developing Ethiopia as we have done in the past, we will work together with love and respect for other nations and nationalities and build our country setting an example in the Horn Africa. Nobody stops us” he said.

Abiy said OPDO is committed to work with other Oromo political parties to speed up the unfolding reforms and transformations in the country.

Expressing gratitude for political parties which return home accepting the call for peace and collaboration, Abiy emphasized the need for them to continue their struggle based on dialogue and discussion for the benefit of citizens.

Noting that the existence of several Oromo political parties is making the struggle for the benefit of the Oromo people harder, Abiy called on them to be merged and create few but strong parties.

“Hereafter it is not necessary to struggle in getting organized in 15 to 20 parties, but merge together into a couple of strong political organizations,” he said.

Vice-Chairman of OPDO and Chief Administrator of Oromia State Lemma Megersa also underscored the importance of collaboration to ensure the peace, safety and interest of the people.

Lemma said the struggle has managed to bring together people with different views and political opinions.

“In spite of our differences in politics, opinions, we are starting to discuss in one hall, field and home, this is the achievements of our long years struggle. We are in a new chapter, we are in a new era,” he said.

The organization that passed through ups and downs in the struggle for peace, freedom and development, has been striving to change the political culture that would enable it benefit the Oromo and other people of Ethiopia.

It its deliberation the conference is expected to discuss issues that would strengthen the role of the party in the ongoing reform. Proposal presented to change the name, logo and anthem of the organization is also expected to be discussed.

A total of 6,000 participants are attending the three-day organizational conference.