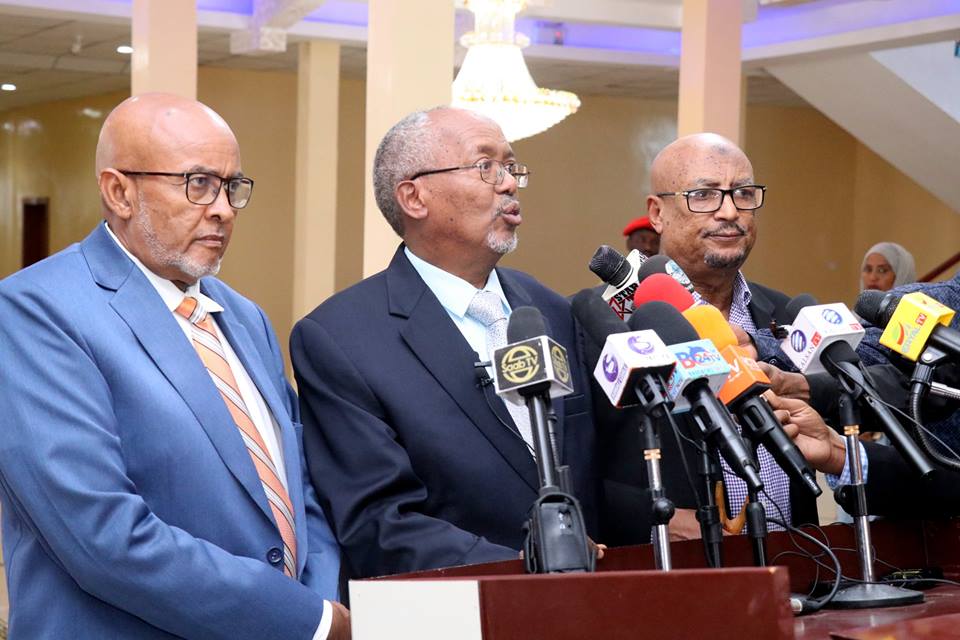 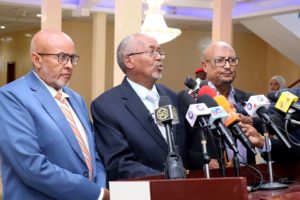 HARGEISA–The political parties and the current government of Somaliland have agreed to work towards the holding of parliament and local council elections in 2019. The president of Somaliland HE Musa Bihi has chaired the meeting and opposition leaders were in attendance. They have condemned with the strongest possible terms the border violations embarked by Puntland’s leader, Mr. Gaas and this came after he paid a visit to Badhan which is part and parcel of Somaliland’s sovereignty. UCID leader, Hon. Faisal Ali has called on citizens to remain united in order to overcome all difficulties that the country may encounter. Former parliament speaker and Wadani party leader, Hon. Abdirahman Irro has reiterated that they agreed to end their differences by dialogue. He announced that the government and the parties will name a committee that will be tasked to overcome the constraints that they are faced with. Somaliland leaders have spoken with the same word and said loud and clear that they have condemned Somalia’s aggression into Somaliland territory.