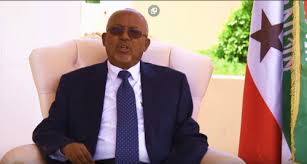 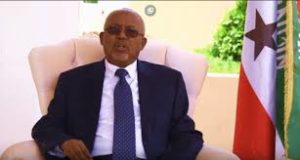 HARGEISA–The President of Puntland’s state of Somalia today arrived in Badhan which is part of Eastern Sanaag in Somaliland. It is the first visit embarked by Puntland state of Somalia’s president, Hon. Abdiweli Mohamed Gas has paid to the region since he came to power.

This is meant as clear violation of Somaliland’s territorial integrity although Puntland argues that the region belongs to her state which is based on ethnicity. A traditional leader by the name of Sultan Said Sultan Abdisalan, one of chief elders in eastern Sanaag has received Puntland’s President in Badhan. According to a joint press conference held in Hargeisa by Somaliland’s Vice President, Hon. Abdirahman Sayli’i, and opposition political party leaders have condemned with the strongest possible terms the visit of Puntland leader to Bashan which is part and parcel of SL’s sovereignty. Somaliland and Puntland are locked in  a spat over the ownership of Sool, Sanaag and Ayn which lies in the east of Somaliland. The two forces have had deadly clashes in Tukaraq and has other clashes in border areas of Sool region.