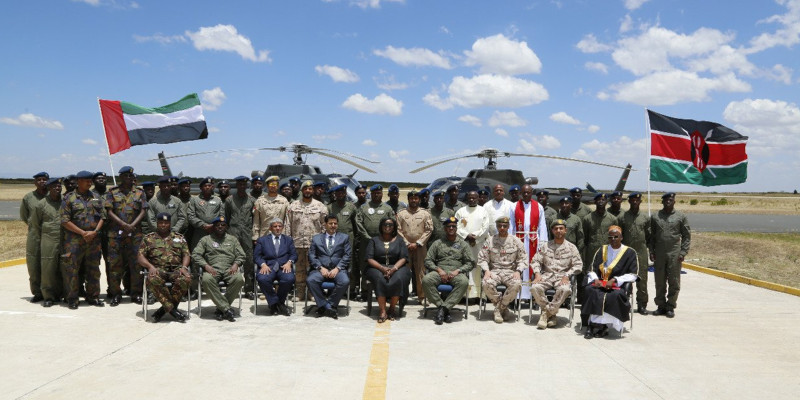 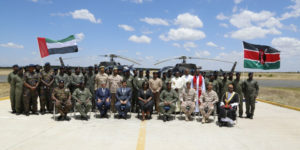 The Kenya Air Force has announced the handover of nine Airbus AS550C3 Fennec helicopters from the United Arab Emirates. HeliHub.com believes that the aircraft will be used in Kenya’s efforts against al-Shabaab, the Somali militant group.

The handover ceremony took place at Laikipia Air Base in Nanyuki on 14th September, and was attended Kenya’s Cabinet Secretary for Defence, Raychelle Omamo.  Also present were Kenya Air Force Commander Major General Francis Ogolla, the UAE Ambassador in Kenya, Khalid Khalifa Abdullah Rashid Al Mu’alla, along with senior military officers from both countries.  Major General Francis Ogolla is seen on the right in the image above

The UAE military took delivery of at least 30 AS550C3 helicopters in the years 2000 to 2004.  No details of the contract between UAE and Kenya were disclosed