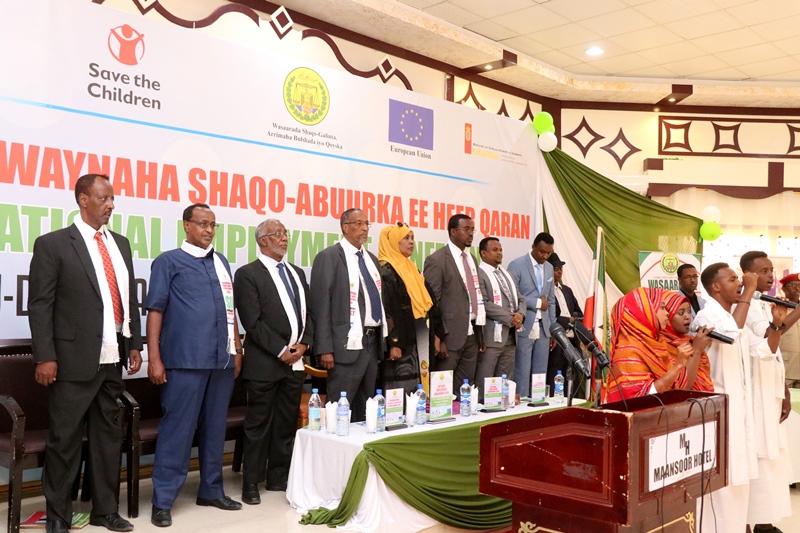 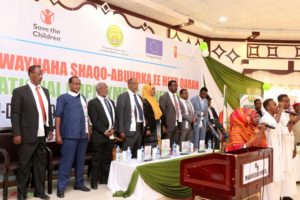 The Labor & Social Affairs Ministry organized the gathering which saw the attendance of intellectuals, stakeholders, and the European Union (EU). The Head of State of Somaliland, His Excellency, Musa Bihi Abdi made remarks at the conference by addressing thorny issues. First of all, President Bihi has said that the summit that is meant to identify strategies to increase employment levels, improve access to job opportunities and prepare the workforce for the needs of industries. He stressed that nationals must be given number one priority when it comes to a task held by an alien where a citizen can do. The Head of State has reprimanded the private sector for downplaying the potentiality of local workforce by saying that the homegrown workforce lack fundamental skills which are vital for doing the work.

He also stressed the need to create an effective solution to overcoming unemployment in the coungtry which is believed that figures estimate that 70% of its nationals are unemployed. The government in conjunction with other stakeholders are expected to outline policies which is aimed at creating job opportunities for Somaliland citizen in nationwide. There is a growing call that Somaliland must improve its quality of education in terms of standard so that its nationals must have the necessary skills to compete job chances both at home and abroad.

The President also highlighted that Banks in the country especially the private ones must provide loans to youth so that they will set up their own business. This may lead to job creation in the country.President, Bihi has finally said that he will endorse and throw his weight behind the outcomes which is expected to push the ongoing efforts to tackle the rampant unemployment in the country which is a serious problem in the country.