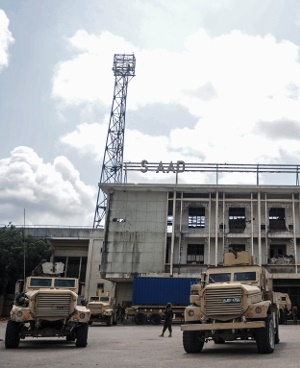 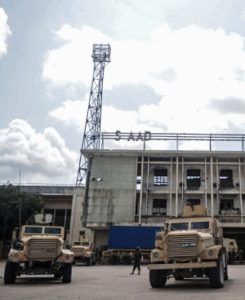 African Union troops on Tuesday pulled out of their base in Somalia’s national stadium, freeing up the venue for sporting events for the first time in years, an AFP correspondent said.

The AU’s mission in Somalia (AMISOM) comprises some 20 000 troops split across several bases, one of which was the stadium in the capital Mogadishu where they have been stationed since 2011.

“We thank AMISOM for handing back the stadium to the government because the Somali people have been requesting this for a long time to allow sporting activities to resume,” Defence Minister Hassan Ali said at a departure ceremony.

On Monday night, President Mohamed Abdullahi Mohamed also visited the site and pledged that the government would “restore the stadium to its former glory”.

The last football match to be played at the stadium, which can seat up to 6 000 people, was in 2003, according to Mogadishu’s Sports Committee.

Over the years, the stadium has been used as a base by many armed groups, notably by the Islamist al-Shabaab group between 2008 and 2011 who imposed a ban on all sporting events in the capital.

In 2011, AMISOM troops chased al-Shabaab out of Mogadishu and turned the stadium into one of its top four bases in the country.

The stadium is “a national symbol”, said Abdihafid Mohamed of the Mogadishu Sports Committee. “The public has been waiting for a long time for sporting activities to resume.”

Built with funding from the Chinese government, it opened in 1978.

But over the past 15 years, it has fallen into a state of disrepair, overrun with weeds and its walls peppered with bullet holes in testimony to the violence which has ravaged the city over the past 30 years.

Somali people clean the Mogadishu stadium after the handover ceremony by AMISOM in Somalia.(Mohamed Abdiwahab, AFP)

A Somali soldier checks people at the entrance before a handover ceremony as AMISOM leaves from the Mogadishu stadium in Somalia. (Mohamed Abdiwahab, AFP)

A Somali man playing with a ball inside the Mogadishu stadium in Somalia. (Mohamed Abdiwahab, AFP)

A Somali boy watches as Soldiers of AMISOM leaves the Mogadishu stadium after handover ceremony in Somalia. (Mohamed Abdiwahab, AFP)