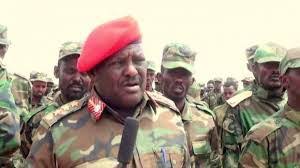 HARGEISA–The defected colonel Said Jama Arre, the leader of Justice and Equality rebel movement based in Sanaag region has accepted the peace agreement between Somaliland government and traditional elders.

The mediation team convinced the deserted Colonel Arre to accept the peace accord terms wholeheartedly.

Sources close to the mediation committee confirmed that a number of things have been implemented which is expected to pave the way for the smooth implementation of the agreement and is to end the two year long hostilities that has been raging in the restive Sanaag province.

The mediation committee succeeded to convince the rebel soldiers hiding bases in the mountains that lie in the north of Erigavo, Sanaag’s regional capital.

The rebel soldiers will be formally absorbed by Somaliland national army.

The mediation team also made a major breakthrough in convincing the rebels to open a road in remote area of Tabca which was cut off by the rebel group.

The road blocked by the rebels prevented the national army from Somaliland to advance into the rebel positions as it is the only road to have access to the area.

The deserted Colonel Said Jama Arre has now descended from its base and has been moved to Daalo hill which is 20 km from Erigavo.

The renegade Colonel Said Arre has now been satisfied with the terms of the peace deal that the traditional elders from his side had reached with Somaliland gov’t.

Arre has accepted to go into exile and request the pardon from Somaliland state president.