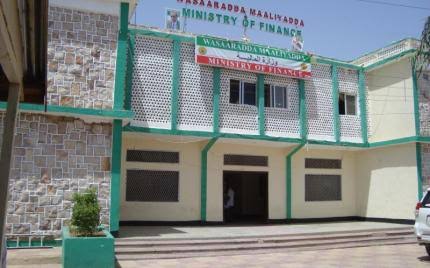 HARGEISA–Somaliland finance ministry has introduced higher taxes on khat according to reports.

There is no official statement from the ministry but reliable sources have confirmed that the ministry has hiked taxes levied on Khat imports from Ethiopia.

It is reported that the tax on a bag of Khat has been hiked by 10 percent.

A bag contains 20 kilograms of Khat.

Local traders dealing with the importation of Khat from Ethiopia have expressed their gripe against the raising of taxes levied on Khat.

It was reported that Khat ferried to Somaliland was halted but after negotiations were held that the government and the traders have struck a deal over the row.

It’s estimated 90 percent of Somaliland’s adult male population—and about 20 percent of women—chew khat for mirqaan, the Somali word for the buzz it can give.

Nowadays khat is so enmeshed with Somaliland culture and daily life it’s an important tax earner for Somaliland’s government. In 2014, khat sales generated 20 percent of the government’s 152-million-dollar budget, according to the Somaliland Ministry of Finance.

Khat is also the No. 1 employer in Hargeisa, the Somaliland capital, generating between 8,000 and 10,000 jobs, thereby offering much-needed respite to the country’s chronic unemployment problem that see 75 percent of its youth workforce jobless.

Meanwhile, for Ethiopia, khat is a major earner: Somaliland spends about 524 million dollars a year—about 30 percent of gross domestic product—on Ethiopian khat (many suspect the true figure to be much higher).