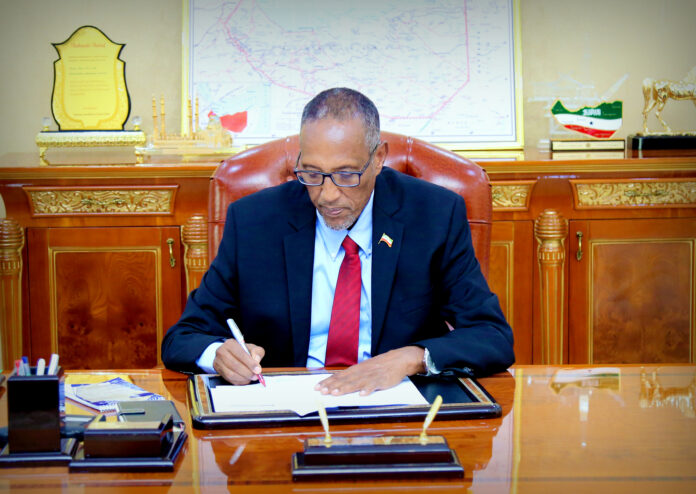 The office of the director general for defense which has been vacant for a while has now seen a new occupant.

In a terse statement circulated to press by the presidency, the new deputy minister for roads development will be Hon. Mohamed Abdi Mohammad Samatar who replaces Sahal Mohamed.

The new directors general are as follows:-